Changing up the Thanksgiving spread 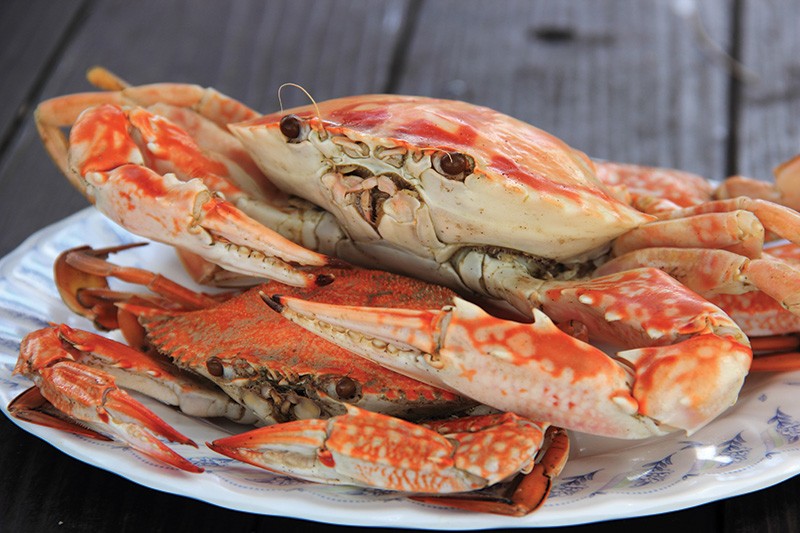 The recreational crab season opened this past weekend and it's already got me thinking about Thanksgiving. I've always threatened to switch from turkey to Dungeness crab for Thanksgiving, but the idea never passes muster with my family traditionalists. But crab makes much more sense.

Crab season is in full swing come Thanksgiving, and cooking up a big mess of crab strikes me as a great way to celebrate autumn on the West Coast. There isn't a season for turkey; they're available as long as the grocery store is open. And most of the turkey we consume is factory-farmed trash, pumped up on antibiotics and bred for breasts so large the birds have to be artificially inseminated because their overly large chests prevent them from mating naturally. I don't think our prim pilgrim forefathers would approve. Plus, it's hard to stuff yourself silly with crab like we do with turkey.

You could buy your crab cracked and cooked, but I like to do it myself. I've experimented with several ways of cooking crab, and here's what I think works best: Take a live crab and lay it on its back. With a heavy, sharp knife, cut the crab in half. This kills the crab instantly and strikes me as more humane than throwing it alive into a boiling pot of water. Once cut in two, separate the legs and body meat from the shell and all those crabby guts and stuff. This makes for a cleaner tasting crab and easier handling once it's cooked. I love Old Bay seasoning. Throw some of that in the pot and cook for about 10 minutes.

In truth, we'll probably have turkey on Thanksgiving like everyone else. But if I can't have crab as the main course, perhaps I can sneak it in as a side dish.

On a more serious note, my sincere condolences to the families of the four crab fishermen who lost their lives off Bodega Bay Saturday. Next time you enjoy a meal of crab, think of them and the fishermen who put themselves at risk to bring good food to the table.