Two plays, one old and one new, usher in fall 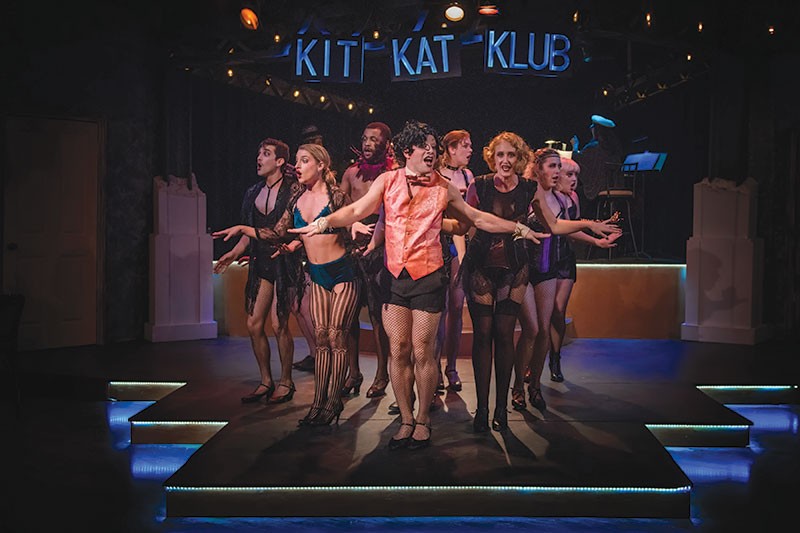 Theatergoers hankering for a classic or the desire to see something new have two productions running now that fit the bill.

Cinnabar Theater presents the 50-year-old classic Cabaret. The Kander and Ebb musical, which has gone through significant changes via numerous revivals since its 1966 debut, is the tale of two couples whose lives intersect via the Kit Kat Klub, a seedy pre-WWII Berlin cabaret.

Cliff Bradshaw (Lucas Brandt) is an American traveling through Europe as he attempts to write the great American novel. His train mate Ernst Ludwig (Mark Robinson) sets him up at the boarding house of Fräulein Schneider (Mary Gannon Graham), whose other boarders include members of the chorus of the Kit Kat Klub. Cliff meets Sally Bowles (Alia Beeton), the "headliner" at the club, with whom he's soon sharing his room. Fräulein Schneider, who's becoming adept at looking the other way at certain situations, finds herself being courted by Herr Schultz (Michael Van Why), the local grocer. The future of these relationships grows gloomier as the cloud of National Socialism forms over Germany.

One of the darkest American musicals ever written, director Elly Lichenstein proves that Cabaret still has the ability to stun, evidenced by the opening night audience's hesitation at applauding the end of act one. Michael McGurk makes the iconic role of the cabaret Emcee his own, but it's the delicate and devastating performances of Gannon Graham and Van Why that will haunt you. Mary Chun does her usual fine job of musical direction, though a balance between vocals and accompaniment was occasionally elusive.

It's a very amusing script that only occasionally belies the pedigree of its retired English professor author. Timing is everything in comedy, and the three performers have it down to a tee. It's well worth checking out, particularly for those who decry the cyclical and repetitive nature of local theater. ★★★★