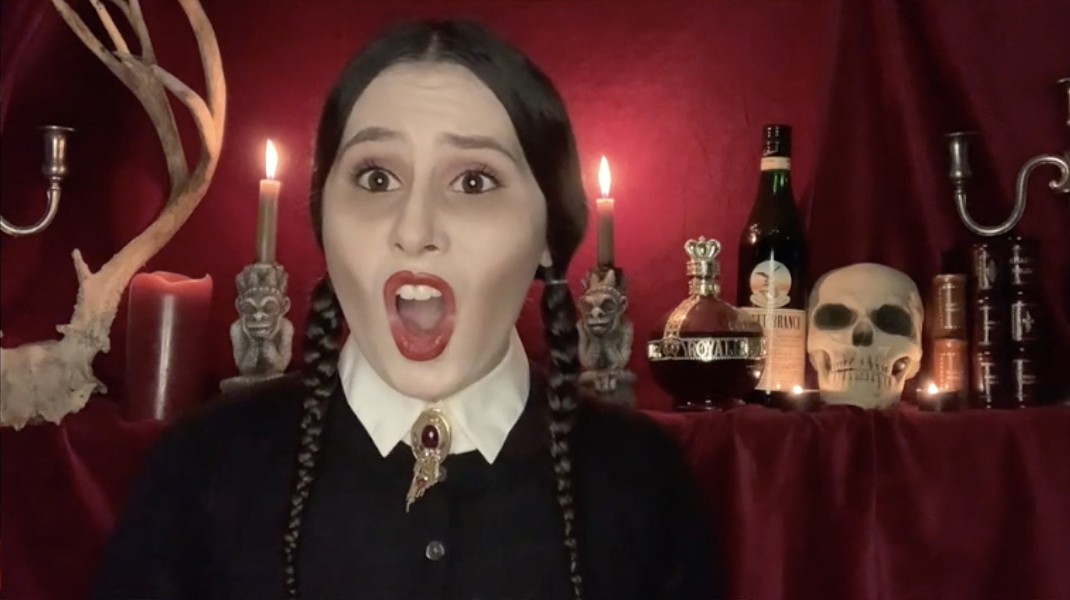 The North Bay just marked seven months since the region and the state moved to shelter-in-place to curb the spread of the Covid-19 pandemic.

In those seven months, local nonprofits that depend on social gatherings to operate scrambled to find ways to stay afloat until large groups can come together once again. This is especially true for local theater companies, who need an audience to perform to.

In the wake of Covid-19, nonprofit theaters throughout the region transitioned to online venues to perform for at-home crowds and to raise funds, and with Halloween approaching, several local companies offer spine-tingling showcases.

On Saturday, Oct. 24, the nonprofit Novato Theater Company presents a live-streamed fundraiser, Fright Night, featuring magic and musical performances on YouTube. This is NTC’s second virtual endeavor; the company held its centennial celebration online back in May.

“What NTC is trying to do is stay alive until we can reopen,” says Marilyn Izdebski, President of NTC’s Board of Directors. “Unfortunately, our 100-year season ended on March 12. We rely on our members and supporters regularly, but now we need them more than ever.”

NTC’s Fright Night promises to be a high-spirited show with appearances by magicians Jay Alexander and Cousin OTiS, and Halloween-themed musical numbers by NTC stars such as Anna Vorperian (pictured), Amanda Morando Nelson, Dani Innnocenti Beem and others. From the NTC stage, Izdebski—a veteran actor and director—hosts the mayhem on Oct. 24, starting at 7pm.

“Because it is a virtual performance, what the performers and the virtual designers have been able to create is delightful,” Izdebski says. “What can be done with a green screen is just so much fun. We’re all used to the creativity on the stage with the lights and the sets, but this is just something completely different.”

In addition to the streaming performances, NTC’s Fright Night offers other ways to donate to the company, such as the “Buy a Song” promotion and an online auction with over 40 items that can be bid on now at NovatoTheaterCompany.org.

Elsewhere in the North Bay, Santa Rosa’s nonprofit 6th Street Playhouse is also going online, opening its virtual season with live-streaming performances of the classic ghost story The Turn of the Screw, Fridays to Sundays, Oct. 23–25 and Oct. 30–Nov.1, at 6thstreetplayhouse.com.

Director Jared Sakren will use five cameras to capture the two-actor show, based on the 1898 horror story about a young governess caring for two children in a seemingly haunted manor house. Gillian Eichenberger and Andre Amarotico star in the production, Eichenberger as the governess, and Amarotico as all the other characters. The two actors both starred in Sweeney Todd, 6th Street Playhouse’s last production, in March 2020.

The Raven Poe-Palooza will feature filmed performances, by the Raven Players, of Edgar Allen Poe stories and poems such as “The Tell Tale Heart” and (of course) “The Raven.”