Get in Where You Fit In

Finding the right kind of mommy group—or starting your own 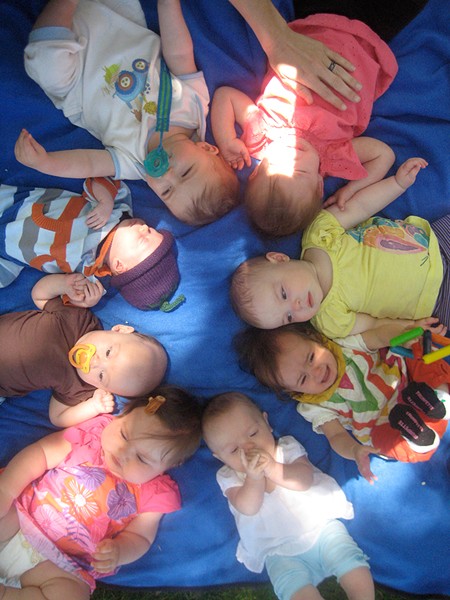 Unless they've been prescribed a heavy dose of Zoloft, most parents can attest to the "fetal-position" moment of new parenthood. It might happen after the first poop-up-the-back diaper blowout, or the first glance at the heinous masses of grime and laundry in the house, or after the baby wakes screaming for the seventh time in one night, baring her gums and demanding food like the little milk vampire that she is. Mark my words, it will happen; you will find yourself in the shower, or on the hallway floor, curled up and begging in desperation for one more hour of sleep, or even just a minute of freedom to cut your scraggly toenails.

This is where "mommy groups" groups enter the picture, because what helps us through the most challenging moments more than community? On the surface, mom groups—or parent groups—look like the perfect antidote to the confusion and exhaustion that comes with having an infant. But in reality, finding the right group can be complicated.

Sarah Hamner, a 35-year-old teacher and mother of two young children, experienced this when she tried to break the ice with a group at an outdoor cafe in Petaluma. Hamner came across the moms as she stopped for her morning coffee, chatting as their kids ran around a play area. After recognizing the mother of one of her daughter's schoolmates, Hamner, who had a five-month-old and a child entering kindergarten at the time, decided to introduce herself and maybe meet some new friends.

"When I greeted them and tried to make conversation, they just looked at me and gave me a weak smile and went back to their own conversation," recalls Hamner. After several attempts, when at one point someone turned away from her without responding, she gave up.

"I was, like, I'm out of here, this is the worst," she recalls. "I just had the experience of being snubbed by other mothers of young children." She called a friend to tell her had happened and to "affirm that I wasn't a total loser."

I have other friends—intelligent, mature people—describe similar encounters with organized "mommy" groups—how they were reduced to feeling like the reject in the junior high lunchroom; how they felt judged, out of place and generally unwelcome. So what is it about these groups that can bring out the worst pack mentality in parents? Or is it just about trying and trying again until you find the right community?

After the birth of her first child seven years ago, Romney Garbo, who lives in Windsor and works in global procurement at Agilent Technologies, found a warm welcome at Kaiser Santa Rosa's Mommy and Me group. At first, the weekly gathering, which is facilitated by an RN and offers a chance for new moms to ask questions about sleep, food and behavior in a "crowdsourcing" kind of setting, was an opportunity to get out of the house, says Garbo. Eventually, it became a safe space.

"It was a very welcoming place," she says. "I've never felt judgment or fear around topics that I want to discuss. That is so important, because there's so much self-doubt and fear involved in taking care of a new baby." She's maintained friendships from the original group and hasn't found the need to search out any other parenting groups, other than open play dates and kindergym programs.

Still, the thought of joining a pre-established group can be daunting—especially if you've always felt like an outsider on the block or have social anxiety. At the last mommy group I attended, I was more drawn to the two moms talking about where to find the best Moonlight Brewing Company beer than the rest of the discussions, which centered on Giants-themed birthday cakes, solid foods and children's toys. But when it came down to it, like Sarah Hamner, I regressed to my nerdy middle-school self, skulking in the background and feeling like a weirdo, since nobody was making the effort to talk to me.

But the power of community cannot be underestimated, so it's important to try and try again to find that tribe, says Jessica Mills, author of My Mother Wears Combat Boots: A Parenting Guide for the Rest of Us. "Taking care of a kid's physical and emotional needs requires a lot more energy than what one or two people can possibly give," she adds. 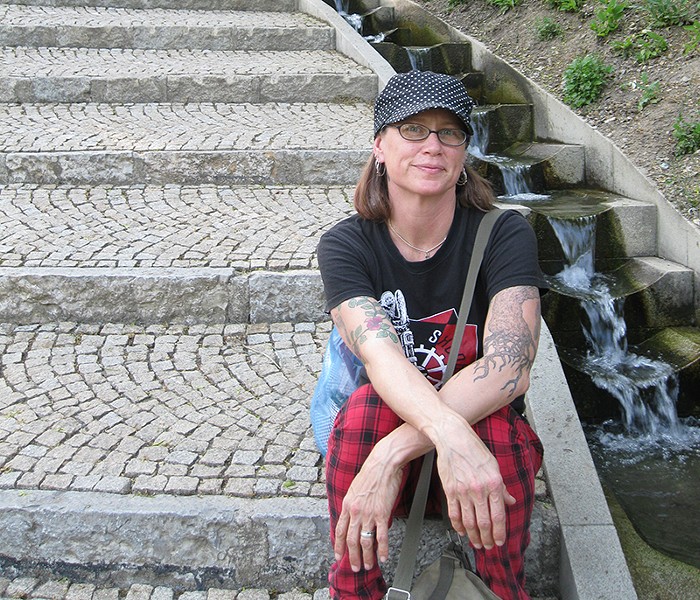 In one chapter of her hybrid memoir/handbook, Mills, former saxophonist in Less Than Jake, Citizen Fish and former Maximum RocknRoll columnist, writes about moving when her daughter was a baby from a well-established community in Gainesville, Fla., to isolation in Miami. She searched high and low for like-minded souls.

"I would go to playgrounds and try to meet people and give them my number and expect them to call me," says Mills, whose children are now 13 and seven, with a laugh. "I'd wonder why they wouldn't call, but nobody knew this crazy lady!" Mills started attending La Leche League meetings, where she found a community that could at least help her on her breastfeeding journey. Even that had its limits.

"If you are breastfeeding and go to a La Leche League meeting, you can't expect to have more in common with these folks except breastfeeding," she says. "Sometimes that's not enough commonality to build community."

Mills recommends starting your own group with people who share common values and ideology. "I think you have a better chance of having some long-term community there, rather than sticking with a group that's already established but doesn't feel like a perfect fit," she explains. And Hamner agrees. She says she's talked with friends about the whole mommy-group thing: what makes one experience successful and another awful?

"The hand-selected mommy groups, where you have a couple of friends with young children, and then they know someone and you all get together—they already have something to go on," Hamner says. "That seems like the recipe for success for these groups, while just showing for a park meet-up tends to be more uncomfortable."