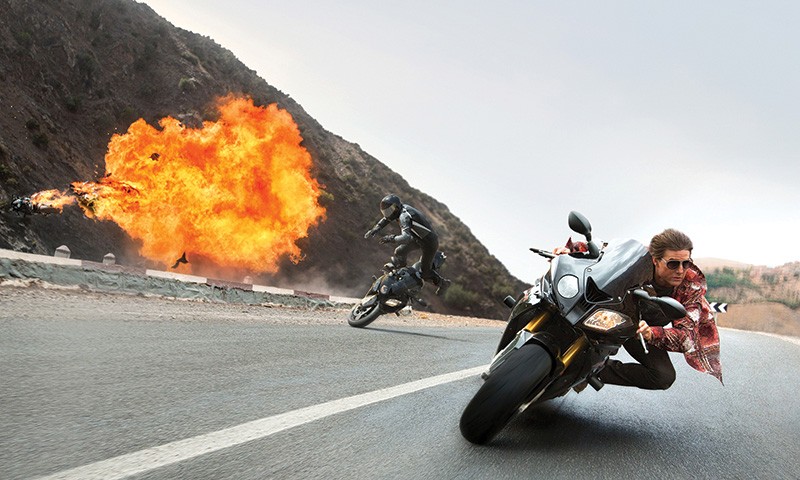 Tom Cruise's Ethan Hunt is described by his boss Alec Baldwin as "the living manifestation of destiny" in Mission: Impossible—Rogue Nation. Cruise seems like an unusually lightweight agent of destiny. But he and director Christopher McQuarrie respect the principle that an action-movie hero should never falter in revealing character through action.

With disavowal on one side and betrayal on the other, Hunt and what's left of the Impossible Mission Force seek a highly untrustworthy secret agent, Ilsa Faust, whom Hunt first encounters while being trussed up like St. Sebastian. (As played by the Swedish actress Rebecca Ferguson, Faust almost deserves a series of her own.)

Hunt gets help from his steady friend Benji (Simon Pegg), computer expert and comedy relief. (Benji grouses: "Join the IMF and see the world. Through a monitor. In a closet.") The IMF's ultimate target, which is not a rogue nation, is a SPECTRE-like criminal organization run by a frowning intelligencer named Lane (Sean Harris). Harris hasn't been this frightening since he was the head thug in the Michael Caine movie Harry Brown.

The action never stops in this pinnacle of the series. Especially exciting is a motorcycle race of supreme wickedness, which has Hunt leaning so far into his ride that his knees are almost ground by the asphalt. Even in the film's moments of rest and exposition, a strong tempo can be felt, though we do get a satisfying use of space alternating with the action, such as the first closeup of Ferguson's Faust, seen through the hole in a Chinese wooden screen.

Hunt is called "an arsonist playing fireman," which isn't an unfair description of the spying community. Lane's own underestimation of Hunt: our hero is "a gambler"—an excellent metaphor for this hazardous game.