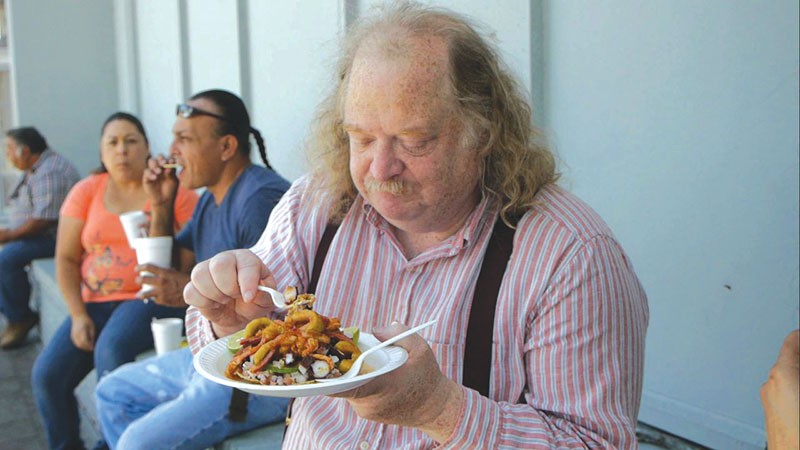 With large brow, larger girth and a Ben Franklin haircut, Gold could be a model for Dutch master Frans Hals, or anyone's picture of Falstaff. During ride-alongs in the Dodge truck of this eminent critic, we get more than just profiles of restaurant highs and lows, and supporting commentary by the likes of Calvin Trillin. Laura Gabbert's documentary gets as close to zeroing in on the soul of L.A. as anyone since Thom Andersen's Los Angeles Plays Itself.

Gold merited his Pulitzer Prize; he got the Los Angeles papers of record to recognize the seemingly humble ethnic, strip-mall restaurant in the parts of that city that rarely see a film crew. Gold's perceptiveness as a food writer is similar to the rare film critics who were sharp enough to recognize that ashcan directors like Samuel Fuller and Edgar Ulmer understood so much more about life on the streets than their more celebrated, better paid Hollywood colleagues.

Gold was a failed classical cellist who studied at UCLA; happily, he was also part of that small moment when punk rock briefly opened social barriers. (A poster shows us that either his band opened for the Urinals or the Urinals opened for them). Images of a sweet home life season this film with commentary by his wife and former editor Laurie Ochoa, and his daughter Isabel, a talented cartoonist. The film is also a small meditation on the way L.A. suffered the effect of the '65 and '92 riots. An unalloyed success, this documentary makes the city and its subject one.