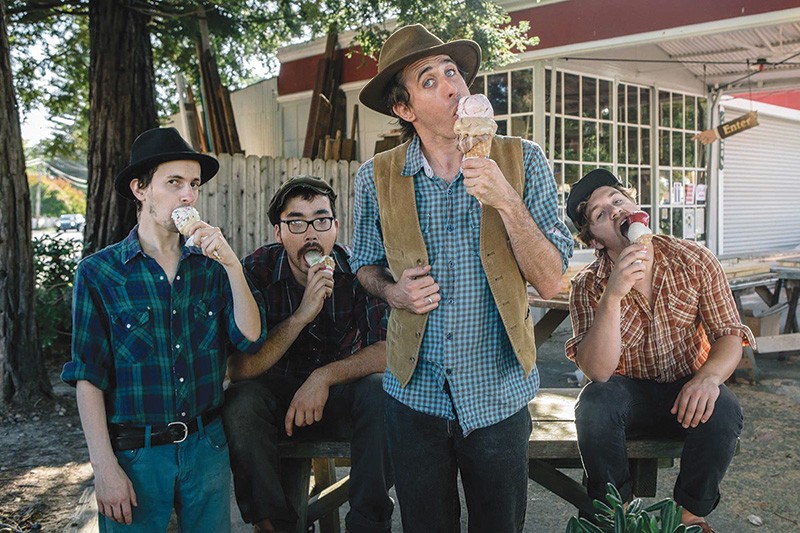 The North Bay Hootenanny is rolling this year.

This weekend, the Hootenanny teams up with another essential North Bay collective, Sonoma County Go Local, to present the Chow Down Hootenanny at SOMO Events Center on Oct. 10. The event pairs Sonoma County's best culinary artisans with the eclectic sounds of several Bay Area bands.

"It's particularly exciting for me," says Windmiller. "I've wanted to sit down with [Go Local] for a while, and sometimes the best way to meet people and work with them is to do an event."

Go Local is a community of businesses, individuals, nonprofits and government agencies that provide support and promotion for locally owned and independent businesses. Their list of members, now numbering close to 400, ranges from restaurants and farms to auto shops and construction companies.

This new partnership makes perfect sense to Windmiller. "It's so encouraging to hook up with Go Local, because they're so good at what they do and we're so similar in our goals," he says. "I'm just a specialized section of what they do in a lot of ways."

Food and drink will be offered to sample and for purchase. The good eats include savory bites from Sebastopol's BBQ Smokehouse Bistro, Petaluma-based Thistle Meats, organic hens from West County's Hip Chick Farms and bone broth from the Bone Broth Company.

To wash it all down, Kombucha and other healthful nonalcoholic elixirs will be handed out from the likes of the Kefiry and Revive Drinks. Beer, wine and spirits will be offered as well.

Other Go Local nonprofits and businesses like Wee Three Children's Store, Julie Nation Academy and the Farmer's Guild will also be there to offer information and demonstrate their services and goods.

Musically, Windmiller has assembled a crew of the best folk and soul music in the Bay Area, as San Francisco swing-funk revivalists Royal Jelly Jive headline an afternoon that also features harmonic-country duo the Easy Leaves, the orchestral blues of rising stars Marty O'Reilly & the Old Soul Orchestra and Windmiller's own chain-rattling, alt-folk outfit the Crux.