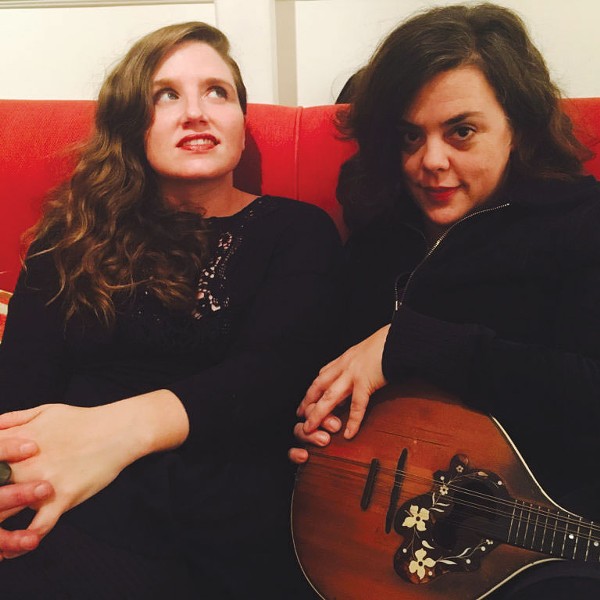 Jolie Holland is a nomadic songwriter. After a childhood spent in Texas, she called San Francisco home for much of the 1990s, building an experimental rock and roll solo career in the city before rambling off again to Vancouver, B.C. That's where she met songwriter Samantha Parton in 1999 and formed Americana ensemble the Be Good Tanyas.

Yet Holland was only a Tanya briefly, leaving the band in 2001 to continue her wayfaring ways. In the last decade and a half she's also called Portland, Ore., New York City and, currently, Los Angeles home. This year, Holland and Parton have reconnected after 16 years and are touring the West Coast with a slew of new collaborative tunes and fresh takes on their older material. The pair performs on July 22 at HopMonk Tavern in Novato.

"It's a really weird thing to try to write songs with somebody," says Holland on the phone from Vancouver, where her tour with Parton kicks off. "But it's really cool, a totally specific thing. It's like slow-motion improv in a way, where you're following a 'yes, and' rule and keeping things open for somebody else to hear their voice on something."

Wine Dark Sea, doesn't share songwriting duties on her own albums, but her history with Parton made for an easy back and forth that has led to several new songs in the last few months of playing.

For Parton, the Be Good Tanyas continued up until 2012, when she was involved in a car accident that left her in severe pain. She suffered nerve damage in her back and limbs, and has spent the last years recovering and learning to play guitar again.

Holland and Parton originally tested the waters on the partnership six months ago. Now, with these summer dates, which also includes a show on July 21 at the Chapel in San Francisco, the two are stretching their boundaries more and more.

"It's all kind of exploratory now," says Holland. "We're just making sure that it's OK on Sam's health."

With members of Holland's longtime backing band joining the two on the road, Holland is embracing this change of pace. "We've got plans for European dates and an album, it's definitely moving forward," she says. "And it's really fun to not be the only band leader."