Documentary profiles woman's near fatal crash on the Golden Gate 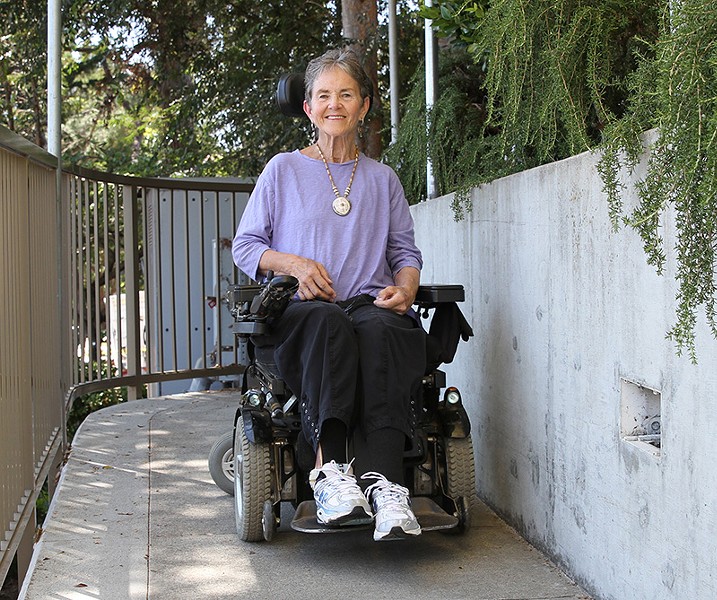 For the North Bay, there is but one easy way to access San Francisco. The Golden Gate Bridge has long been a source of intrigue, excitement and admiration. But what about the darker side of the bridge, the dangers of crossing with no median barriers for those many cars that commute everyday?

From Jan. 10–12, the bridge will shut down to allow the construction of a movable median that will make the bridge a little safer for those who travel across it. This change is just a few yeas too late for Dr. Grace Dammann.

Dammann's story of a near-fatal head-on collision on the bridge in 2008 is the focus of the 2014 award-winning documentary States of Grace, which shows how her life changed over the years due to this one moment, and how it could have been prevented.

A great humanitarian notable for her work instituting HIV/AIDS clinics for underprivileged individuals, Dammann was lucky enough to survive to tell her story, though she was left physically and mentally shattered. The film also follows the demanding task of working with her partner to continue to care for their disabled teenage daughter, while concurrently rehabilitating herself. The film intends to be a story of resilience over despair, and in Dammann's own words, "a teaching tool for medical students, for physicians, for physical therapists, and for family members who are dealing with caregiver and care-receiver issues—to that extent, my goals were totally met."

In honor of the new movable median barrier, States of Grace is returning to the Bay Area with multiple showings, including a special screening at Christopher B. Smith Rafael Film Center on Jan. 8 at 7pm, including a Q&A with Dammann, her partner Fu Schroeder, and the filmmakers.