Yelling, bickering, a costly recall—what the hell is going on in Marin? 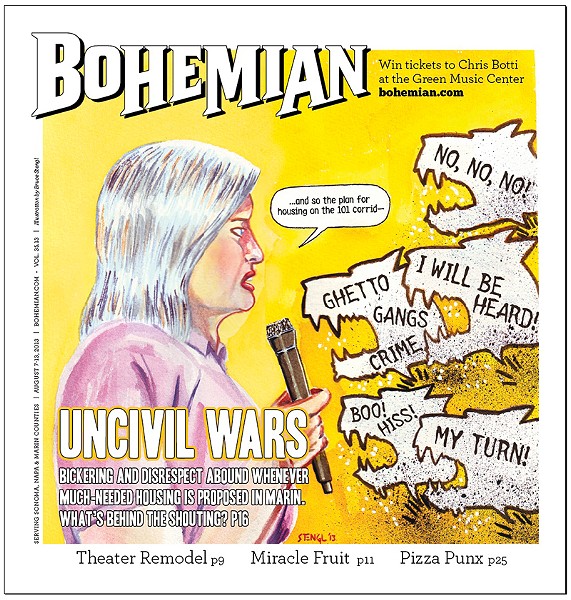 Marinwood is a quiet suburb between San Rafael and Novato, where three-bedroom homes with backyard pools circle green, undeveloped hills. On a Wednesday evening in June, it was also the setting for a town hall meeting that would later be likened to a lynch mob.

Held by Supervisor Susan Adams, the gathering at the Marinwood Community Center on June 26 began with a simple presentation on proposed zoning changes but quickly devolved into hysterics. Residents packed the large room, standing in doorways and leaning in open windows, waving signs that said "Democracy, Not Autocracy" and showed apartment homes crossed out. Shouts of "No, no, no!" drowned out the official when she tried to speak. One woman commandeered the microphone, taunting Adams by pretending to hand it back again and again as the supervisor grabbed at air.

Finally, in a line that would echo infamously through the fair-housing community, real estate agent Melissa Bradley told Adams she'd "volunteered Marin for the ghetto." Throughout the hour and 45 minutes, Adams tried to answer questions, looking flustered as she lost control of the room.

That housing is a big deal in no-growth Marin is hardly news. Spurred by the perceived threat of apartment complexes, communities in the wealthy county have so far neglected to zone for low-income housing, in violation of state law, and then been sued; zoned for low-income housing on the sites of existing businesses that may not intend to sell; and, in the case of Corte Madera, withdrawn altogether from the regional planning agencies that oversee this kind of zoning.

Still, recent months have seen this polarized debate give rise to behavior that is downright bizarre—not just in the form of meetings like the one described above, but also in a recall effort against Adams, which would cost as much as $250,000 and oust the supervisor from office only months before she faces a general election anyway.

How did this happen? After all, as Carla Marinucci pointed out in a recent San Francisco Chronicle piece on the county's current incivility, Bush-era Marin County was supposed to be a Greenpeace mecca of laissez-faire hippies soaking in backyard hot tubs. It continues to be caricatured as a rosy-vibe utopia policed by the handholding Kumbaya Patrol, not a place where mob mentality sweeps town halls. 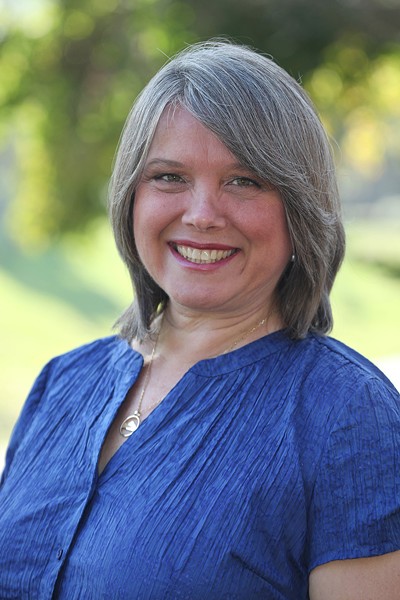 Is this chaotic mass opposition to housing the byproduct of top-down leadership on the part of local government, as some claim? Is it hysterical fear of Big Development in the wake of mortgage plummets, national bailouts and an economic machine that many no longer trust? Or is it really as ugly as it looks from the outside—wealthy suburban privilege at its worst, organizing to keep renters, low-wage workers and recent immigrants far, far away.

A common theme at meetings in Marinwood and elsewhere is the notion that information is being withheld. Carol Sheerin, one of the founders of the Susan Adams recall effort, says the anger on display in Marinwood comes partly from a feeling of futility: suddenly there appears to be all this compounded development, without the type of public process neighbors feel that they deserve.

"Just in general, people feel like they have not been made aware," she says.

Stephen Nestel, the founder of SaveMarinwood.org, seconds this. "Our community, like most around the Bay Area, should have been brought into the planning process at the very earliest time, about 10 years ago," he writes in an email, adding, "This is undemocratic and an affront to citizens."

So what, exactly, is being proposed in Marinwood? Is it the acres upon acres of concrete, high-rise slums that many speak of as though the first cinderblock is about to be laid?

No, it isn't. As Adams explained at the meeting, one developer has turned in an application to renovate the derelict Marinwood Plaza, and that application will be subject to all the public processes—EIR certification, design review—that developers are subject to under California law. But what has so many homeowners up in arms is a little thing called a PDA, or a priority development area, and that concerns zoning, not actual development.

A word on zoning. Under state law, government entities are supposed to zone their communities cyclically to plan for future growth. (These same entities do not build housing, which is the domain of private or nonprofit developers.) One of the ideas behind housing element law is integration. Public entities are supposed to make sure that zoning does not "unduly constrain" development of multifamily housing, where people who cannot afford to buy a three-bedroom home with a yard can live. Government is supposed to match projected growth for all income levels with fair zoning.