Getting dirty with North Bay farmers and ranchers

Successful winemakers win gold medals and blue ribbons. Outstanding chefs get Michelin stars and James Beard awards. But what do farmers and ranchers get for their efforts? If they're lucky, they earn enough from their labor to cover their narrow margins.

In this year's annual food and wine issue, we shine the spotlight on a few of the many small-scale farmers and ranchers in the North Bay who supply the raw materials that make our local food scene taste so good. —Stett Holbrook 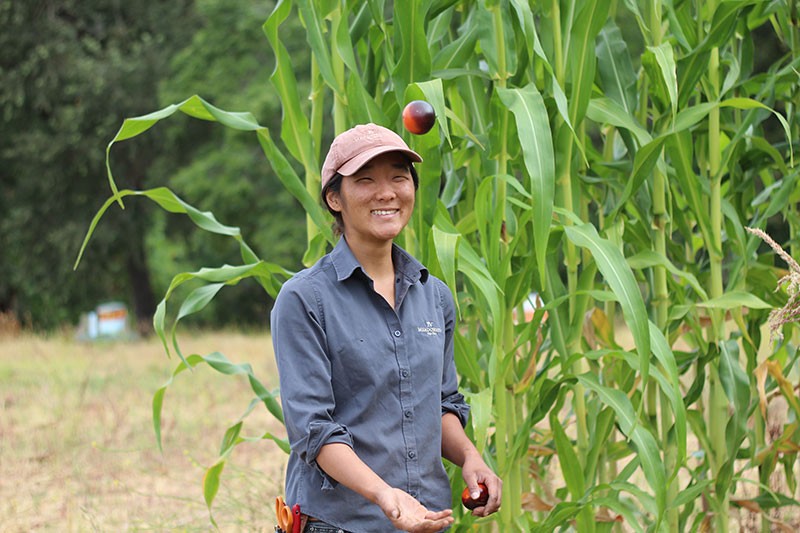 MEADOWOOD MEALS BEGIN IN THE GROUND

If you're lucky enough to snag a reservation at the Michelin-three-star Meadowood restaurant in St. Helena, a host will inquire as to your culinary preferences. It will undoubtedly be one of the finest meals of your life, but there's a good chance you may have never even heard of many of the plants on your plate. That's because many of them aren't available outside Meadowood's private garden, which supplies about 80 percent of the restaurant's produce.

"This entire garden is 100 percent driven and directed by chef [Christopher] Kostow and his team," says garden manager Christine Kim. "The way we set up our beds, the way we harvest, the way we irrigate is all set up based on what they want for the crop."

And those crops include mind-blowing plants like oyster leaf, with a fresh, briny ocean taste; day lilies, which have crunchy petals that increase in sweetness toward their base; and ice lettuce, which looks like it's covered in dew drops but has a crisp, saltwater-infused bite.

The day lilies are Kostow's favorite plant to cook with at the moment. "They're extremely versatile and floral, yet vegetal," he says via email."We stuff them with spot prawns and lightly grill them."

On a recent tour, Kim responds to an inquiry about a curious-looking eggplant. "Oh, those are just a variety of blue tomatoes that we're trying out this year."

"We're still working on developing the flavor of them," says Kim.

This garden is beginning to feel like it was created by Willy Wonka.

"We want to create a microclimate in each bed, which is why we plant so intensively," she says. And everything is grown from seed. "It takes a lot of planning," says Kim, "but it allows us the opportunity to choose from any thousands of varieties rather than just, say, the five basil plants that a nursery might carry."

The greenhouse full of microgreens is a testament to that extra labor. Being able to pick the garnish and flowers mere hours before they are served ensures maximum flavor and beauty. "A "At this point so much of their menu comes from here that they wouldn't be able to get over half the products that they get," says Kim.

The farm is not certified organic, but Kim says they keep to the standards anyway.

The garden is located behind the St. Helena Montessori School, and chef Kostow includes students in the farm-to-table process. A class of 15–20 students plants, harvests, plans, cooks and serves a meal for their parents and teachers at the restaurant.

"The main relationship between the school and Meadowood is actually through the kitchen," says Kim. "Chef Kostow designs, plans and executes a lunch with the kids that happens once a quarter up at Meadowood. So they get to see that farm-to-table process start to finish. They're literally seeding what they're going to use on the menu and they come out and walk through the gardens together and taste things and talk about menus."

The garden rotates with different plants throughout the seasons. "The first year was very experimental, just kind of getting a feel for what the kitchen tended to like, what they found interesting, how much they could do R&D with," says Kim. "And now in our third year, I think we've really got it down."—Nicolas Grizzle 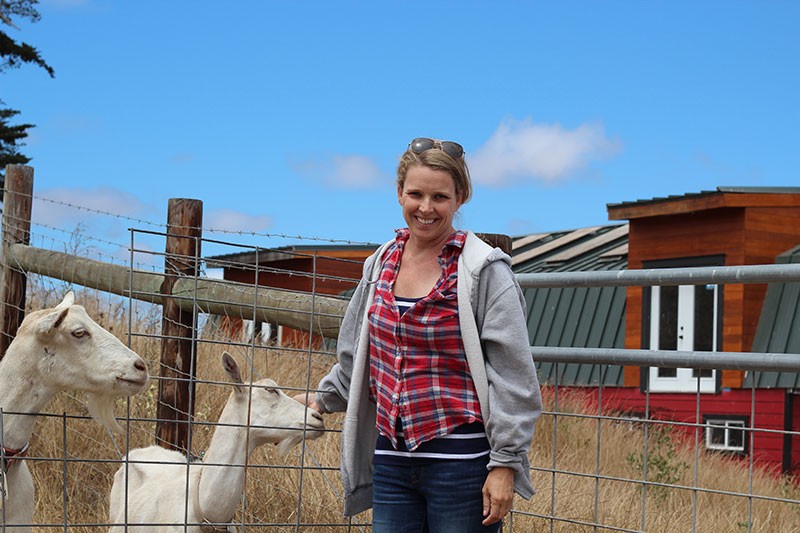 STEWARDS OF THE LAND

Twelve years ago, Tamara Hicks and her husband David Jablons decided to start a dairy farm. Never mind the fact that neither had prior experience in the field, and that they were both employed already in the medical field in San Francisco. And that the 160 acres they bought in Tomales had about 10,000 discarded tires on it. And that they would still be working their day jobs. And they weren't even planning on making cheese for some time. Toluma Farms was going to happen, come hell or high water.

They were welcomed by the farming community, says Hicks. Though Toluma is still primarily a dairy farm, they started making cheese last year under the label Tomales Farmstead Creamery.

The three goat cheeses, named after Miwok words meaning "water," "woman" and "one," respectively, are Liwa, a fresh cheese great in salads; Assa, a hard aged cheese that is fabulous on a cracker by itself but even better with peach jam; and Kenne, a delightfully stinky soft ripened cheese with a unique and addicting nuance of flavors.

About 200 goats, all of whom are known by name ("It makes it easier to keep track of them," says Hicks) and a hundred sheep roam mostly free on the property, which is now tire-free and has gorgeous views of the surrounding area. The farm has a conservation easement with the Marin Area Land Trust, which means it will always remain in agriculture. The nonprofit's ideals lined up perfectly with those of the first-time farmers.

"We think we're more stewarding the land than owning it," says Hicks.—Nicolas Grizzle