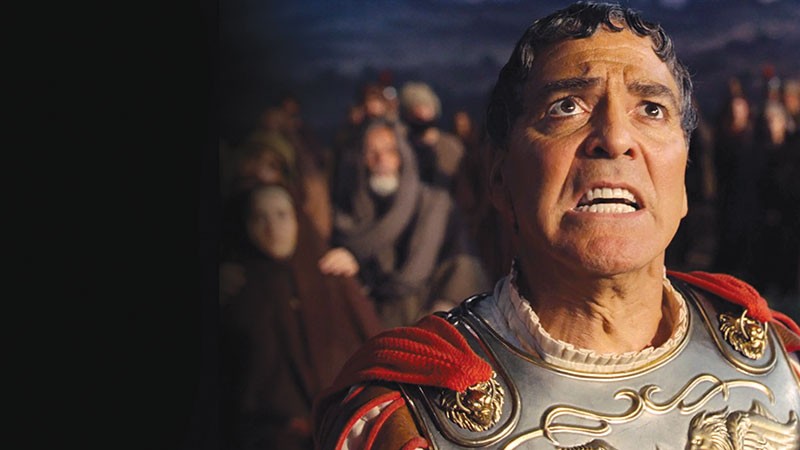 It's not a bad movie, Hail, Caesar!, because it's not really a movie at all. Rather, it's a tangle of subplots that never fully cohere. Still, the exuberance of the actors makes much of it worthwhile, as does the faithful recreation of the mania of a Hollywood movie studio in the last years before television mortally wounded the system.

There really was an Eddie Mannix (Josh Brolin) at MGM. He was a former bouncer whose duties included covering up the scandalous behavior of movie stars in the 1940s and 1950s. The Coens present this fictional Mannix of circa 1951 as a tormented Catholic, requiring daily confessions to a priest.

At Capitol Pictures, Mannix has other people's sins to worry about. The Esther Williams–like DeeAnna Moran (Scarlett Johansson) is unmarried, pregnant and starting to have trouble fitting into her rubber mermaid costume. Cowboy hero Hobie Doyle (Alden Ehrenreich) is being groomed into roles as a debonair playboy. Baird Whitlock (George Clooney), a Stephen Boyd–style star of epics, is currently wrapping up Hail, Caesar!, which strongly resembles The Robe. Meanwhile, the Van Johnson–ish Burt Gurney (Channing Tatum) is shooting the kind of all-male musical that calls to mind the line about "Sailors fighting in the dance hall" from David Bowie's "Life on Mars."

When it ends, one wonders if it's more than just a chance for soundtrack artist Carter Burwell and cinematographer Roger Deakins to revive the strangeness and charm of the Hollywood studio style. They're experts at it.

It's easy to be charmed by the gang of actors. It's less compelling to wonder whether Mannix should continue to serve God or Mammon. At the end, you're unsure how much this distant echo of Sullivan's Travels is based on anything real. Even at their age and level of success, do the Coens fret much about selling out?

'Hail, Caesar!' is playing in wide release in the North Bay.