Timothy O'Neil Band mix it up on new album 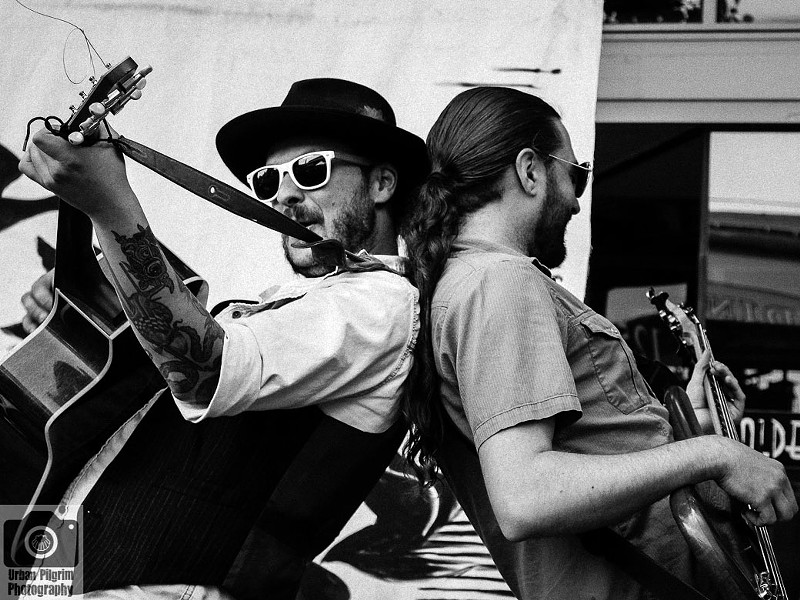 Sonoma County songwriter Timothy O'Neil has spent his life steeped in folk music. As a solo artist and as the namesake for his four-man Timothy O'Neil Band, he has walked the walk with national tours and local accolades.

This month, O'Neil and his band set a new course in their Americana adventures with the release of the group's sophomore album,

All Hands on Deck, O'Neil's most soulful music to date. The Timothy O'Neil Band play off the new record at a release show on Sept. 22 at the Big Easy in Petaluma.

Growing up in Southern California with a folk-singer mother, O'Neil was playing guitar and piano by the age of six. "Music was always ingrained in me," he says. "Not forced on me—I just always wanted it." His first concert was Santana and the Rolling Stones, which cemented his love of live music, and he played in punk bands in his hometown of Temecula.

O'Neil got his first taste of the North Bay 15 years ago when he visited the Sonoma State University campus out of high school. Graduating from SSU in 2008, he fell in love with the region and has been a fixture on the local scene ever since, releasing his first solo album, Hangovers and Hospitals, at age 25 and performing regularly around Sonoma County. That's how he met and began playing with longtime North Bay musician (and now New Orleans resident) Frankie Boots. "We started getting out of the garage and started touring," O'Neil says. "That whet my chops in terms of gigging, booking and gaining a new respect for being a bandleader and not just a guy with a voice."

Forming the Timothy O'Neil Band five years back, O'Neil's music is a combination of steam-punk anthems and blue-collar folk ballads, and All Hands on Deck is a culmination of those ideals, with imaginative songs about sailing the high seas, and personal odes to trekking across the country and making memories along the way.

"I feel like a lot of my other records are about struggling, heartbreak and hardships of life," says O'Neil. "This record is much more about the positivity of traveling, camaraderie, brotherhood and experiences both negative and positive that end up shaping you."

"This album would not be anything without Brian, Tony and Sweden," O'Neil says. "Those guys are my family."