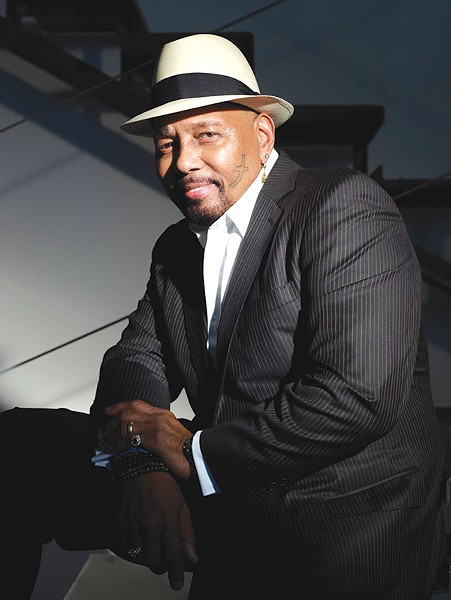 I don't know much, but I know I love Aaron Neville. The soul man with the voice of an angel has been topping charts for 50 years, garnering praise for his melodic R&B hits of the 1960s and '70s, and is loved by many for his duets with Linda Ronstadt in the '80s and pop singles in the '90s.

At 75 years old, Neville has still got it. He appears on Dec. 17 at the Luther Burbank Center for the Arts in Santa Rosa for an evening of Christmas songs, a tradition for the past several years. It's safe to say that Christmas is Neville's favorite holiday, but like most other things in his life, he's all about the music.

"My mom and dad were fans of Nat King Cole and Perry Como, so I grew up listening to all their Christmas albums," Neville says.

Born and raised in New Orleans, Neville started singing with brothers Art and Charles in a doo-wop group when he was seven years old. He says his uniquely measured falsetto voice came out naturally, though he refined it through listening to a variety of music.

"I listened to all the doo-woppers, but also all the country singers like Hank Williams and George Jones," he says. "I love all of it."

In his career, Neville has delved into soul, funk and R&B, as well as gospel, adult contemporary and jazz. He even has two holiday albums, 1993's

Aaron Neville's Soulful Christmas and 2005's Christmas Prayer, both of which feature him covering such classics as "Silent Night" and traditional spiritual hymns like "Go Tell It on the Mountain."

This past summer, Neville released one of the strongest solo albums of his career, the swaggering and soulful Apache, on his own Tell It record label.

"I've been writing poems on my iPhone for years," he says, "and it's been on my mind that I wanted to put music to some of my poetry."

Neville wrote or co-wrote all the tracks on Apache. Through the songs, he relives his youth in New Orleans, while also penning some of his most heartfelt love songs ever. Musically, he sets the mood with gritty funk and soulful R&B grooves throughout.

For the upcoming performance, Neville will be mixing favorite Christmas tunes with new material and classic hits.

"I'm looking forward to seeing our fans," he says. "We're going to give them a great show."