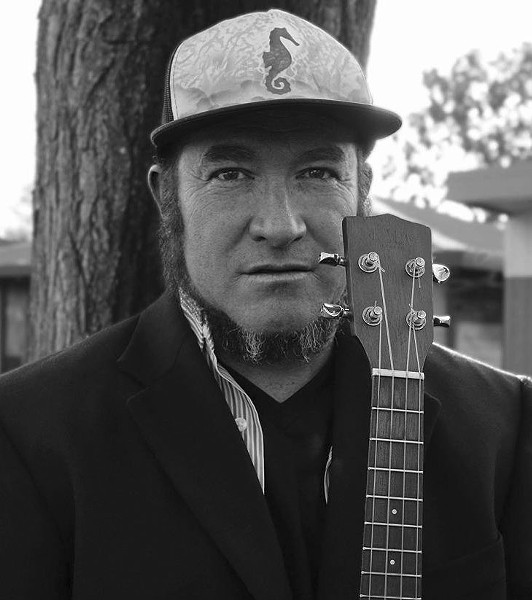 He sees it every month when he hosts HopMonk's Songwriters in the Round series, which returns to the Sebastopol tavern on Wednesday, Jan. 18. And he saw it in the efforts of North Bay nonprofit organization Matrix Parent Network & Resource Center when his first son, Jasper, was born with a traumatic brain injury.

Gonzales' musical life started when he moved to Sonoma County from his hometown of Bakersfield to attend Sonoma State University in 1993. "It's so creative up here. It motivated me to play the guitar, start doing open mics and the like," Gonzales says.

He graduated with a degree in English and began mixing a day job teaching with a nightlife playing upbeat folk pop songs around town. When Jasper was born in 2004, Gonzales put music on hold.

"I was really invested in my kids, raising a special needs child who was getting bigger," Gonzales says. "But I still did a lot of music at home, just to be inwardly creative."

After discovering the ukulele and teaming with local producer Michael Lindner, Gonzales reentered the musical community with the 2012 album

The sound of his self-described "ukulele hook-folk" is hard to pin down, and Gonzales is deft at going from sunny pop jam to self-reflective ballad with ease. His next album is shaping up to be a stripped-down folk collection inspired by the artists he welcomes to the Songwriters in the Round events.

"Between teaching and the ukulele, I have a large network of people and opportunities," Gonzales says. And he always pays it forward.

"I've always gone full-force to be there any time there are benefits for kids with special needs," he says.

In that vein, Gonzales performs with his string band at the Hops & Harmonies benefit for the Matrix Parent Network on Jan. 17 at the Lagunitas Brewing Company in Petaluma. The organization assisted Gonzales and his wife by providing the help of a couple of caretakers for Jasper.

In November 2014, Jasper died unexpectedly, an event that Gonzales says froze him creatively for over a year, yet the musician regained his motivation with the help of his friends.

"I met [folk singer] Bruce Cockburn last year," Gonzales says. "And he said in times like now, when it feels dark politically or backwards civilly, the artists are relied upon. It's important to keep going."