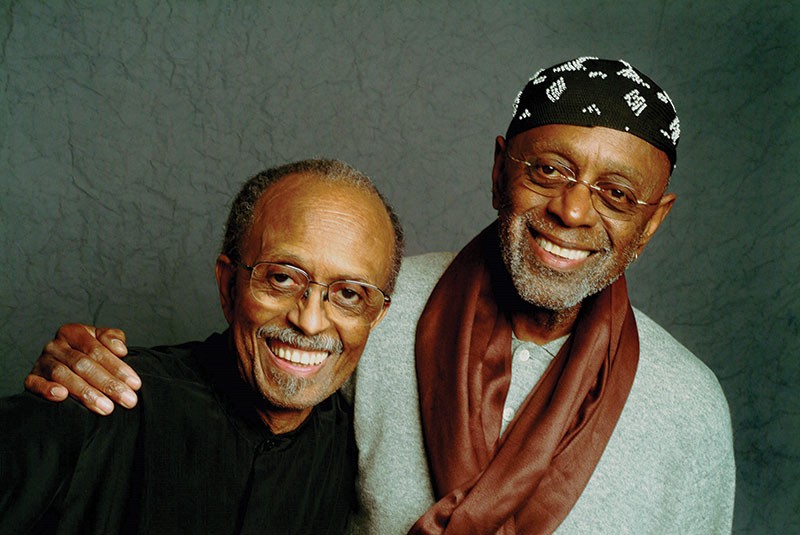 Tenor saxophonist Jimmy Heath has been to California before. He's been playing in the state since 1949, and comes to the Healdsburg Jazz festival with the Heath Brothers for the festival that runs June 2–11.

The latest iteration of the Heath Brothers features Jimmy and his brother and drummer Albert "Tootie" Heath, pianist Jeff Patton and bassist David Wong, who replaced the late Percy Heath who died in 2005. Percy was the eldest of the three brothers who comprised the core of the original legendary Heath Brothers lineup of the 1970s.

Jazz festival attendees can expect originals and Broadway standards from the band, "so people can hear something that they remember," says Jimmy by phone from Loganville, Ga.

Heath is a retired music professor who taught at Queens College in New York City and went on to hire his former student. The elder of jazz has a sharp and witty professor's tone when he laments some of the more modern music he hears. "They call it 'new music,' and some of it leaves a little to be desired," he says with a laugh. "There's no melody, there's no harmony—it's got words and a beat, and they call that music!"

Jimmy's a true jazz ambassador with more than 130 compositions to his name, which have been recorded by the likes of Miles Davis, Dexter Gordon, Dizzy Gillespie and Ray Charles.

He still teaches master jazz classes around the world and performs with orchestras. And he's part of an ever-evolving American jazz history where "there has always been people who are trying to find something different, avant garde or whatever you want to call it," he says.

That's the classic tension in jazz, between melody and spontaneity, and "sometimes you leave the public behind when you go too far out—people want a melody that they can hold on to and remember. You have to find a medium position, a middle ground—that's me. I'm going to take a little chance musically here and there, but basically I'm a human being playing for human beings, and I'm not going to run them out of the place."

The Heath Brothers address issues of social inequality and discrimination in their music. Jimmy recalls a North Carolina Jim Crow childhood that offered education that was separate but by no means equal, where white kids could graduate after the 12th grade but where available education for blacks ended after the 11th. "We've been through this kind of thing before," he says.

But enough politics. There's a stellar week of jazz coming up, and the Heath Brothers are holding down the multicultural fort, where the only tone that matters is a musical one. The band's got a bassist who is Jewish and Chinese, and a white guy on piano "who is like another Heath Brother," Jimmy says. "This is the world I love—people who are together as one."