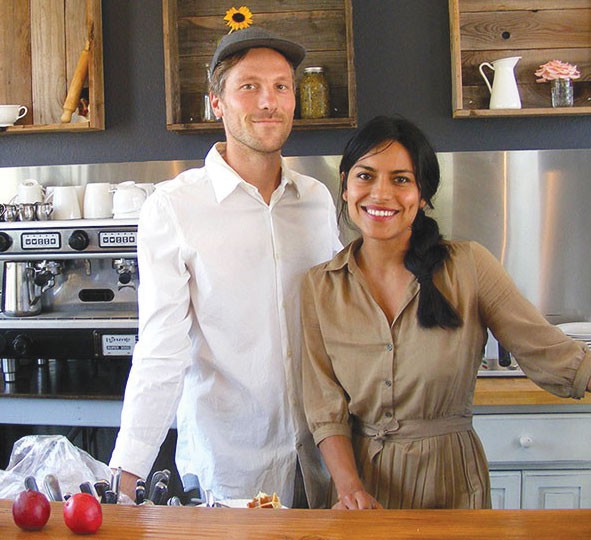 The Naked Pig is expanding with a dinner-only restaurant in downtown Santa Rosa called Flower and Bone. The rootsy, farm-driven Naked Pig has been a hit, in spite of its tiny, 300-square-foot size, since it opened two years ago. The new place will occupy a roomier, 1,600-square-foot space in a 100-year-old mercantile building at 640 Fifth St. that owners Jason Sakach and Dalia Martinez are restoring to its tongue-and-groove-floor and brick-wall glory.

Sakach says Flower and Bone's menu will follow the Naked Pig. He says it will marry art and food with a "dinner series" concept that revolves around Martinez's changing menus of what Sakach calls "peasant cooking," hearty, soulful food traditionally made by women in clay pots and over an open fire. Preserved and pickled food will also play a big role on the menu. Shelves of preserved fruit and vegetables will line one wall of the restaurant and will be available for purchase.

Sakach and Martinez are also making plates and tiles for the restaurant to create "a living, working art space that you can eat at," says Sakach.

What's with the name? Flower and Bone refers to the fundamental ingredients of cooking, Sakach says. Most fruit and vegetables we eat are mature forms of flowers, and slow-cooked bones derived from whole animal cooking are the basis for flavorful broths and stocks. The name sounds really cool, too. Sakach hopes to open in early summer.