Rodents, circuses and ghosts for the season 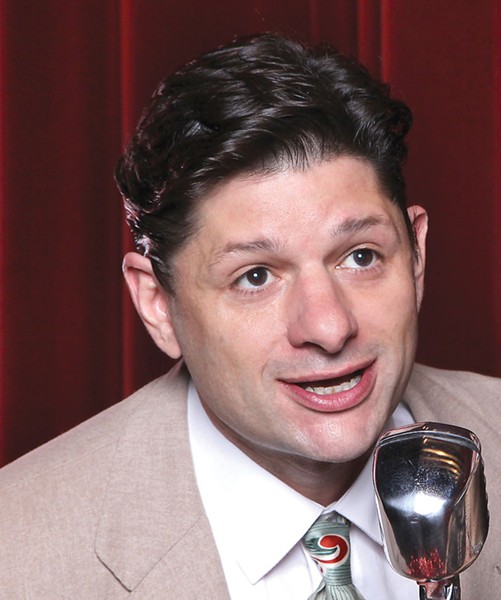 Many local theater companies are serving up a spicy blend of holiday shows this season, from new twists on old classics to originals, some of which capture the holiday spirit of magic and wonder without actually being about the holidays.

On Thanksgiving weekend, two original shows open in Santa Rosa, both designed as audience-dazzling Events with a capital E. The Imaginists Theatre Collective presents 'The Ratcatcher,' a world premiere musical featuring brand-new music written and performed by local roots band the Crux. Based on The Pied Piper of Hamlin, The Ratcatcher (Nov. 23–Dec. 16) mixes a fairy-tale/town-hall-meeting vibe with that of an off-kilter cabaret show. Given the escalating reputation of the Imaginists as unpredictable creators of genre-defying works, and the local following enjoyed by the Crux, this should be quite an experience.

The same can be said for Actors Basement's slightly wacky and innovative production of Merlyn Q. Sell's 'Circus Acts' (Nov. 23–Dec. 2). Set backstage in a flea-bitten circus, the play is written as six distinct acts, each featuring different dysfunctional members of the troupe who deal with personal and professional crises. Alternately funny and bittersweet, the show will be performed at the Glaser Center in two separate performance spaces called "rings." Audience members will choose whether to begin with ring one or ring two, changing their experience of the show as each ring gets the story in a slightly different order.

The beloved Christmas fable 'It's a Wonderful Life' materializes in two different versions. At Mill Valley's Marin Theatre Company, the story of poor beleaguered George Bailey and his guardian angel appears as a live "radio play" in a bouncy adaptation by Joe Landry (Nov. 27–Dec. 16). At Sixth Street Playhouse, George Bailey may still be depressed, but he sings his heart out in an original musical version (Nov. 30–Dec. 23). Created by Marcy Telles, Craig A. Miller and Janis Dunson Wilson, the show features some truly catchy and heartwarming tunes, underscoring George's path from despair to redemption.

Out in Rio Nido, Pegasus Theater Company brings us a twist on another holiday classic. In 'Jacob Marley's Christmas Carol' (Nov. 30–Dec. 23), written by Tom Mula, the familiar tale is retold from the point of view of poor shackled Marley, the one-time business partner (now dead as a doornail) of crotchety old Ebenezer Scrooge.

Finally, though not technically a holiday tale, the Santa Rosa Junior College theater department presents Disney's suitably magical family musical 'Beauty and the Beast' (Nov. 23–Dec. 8). It is, after all, the season for magic.