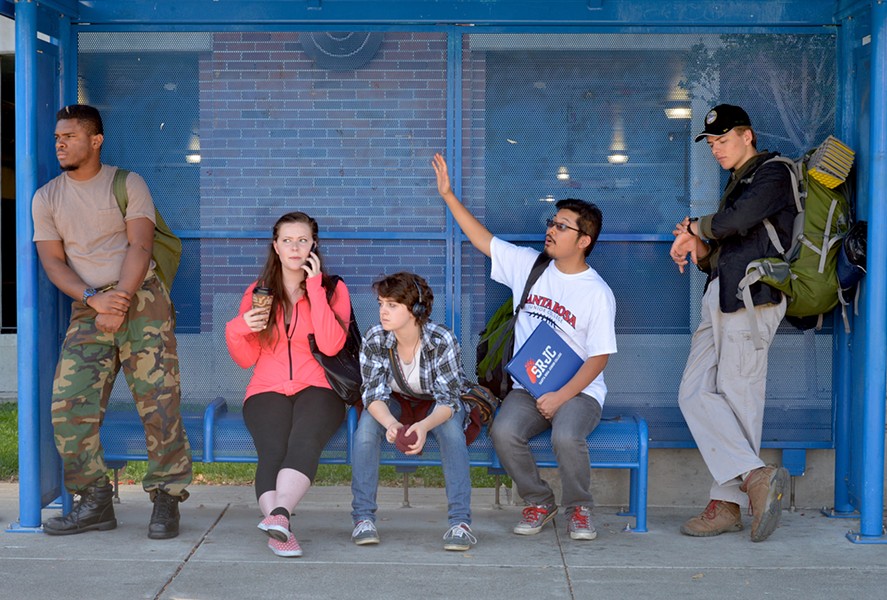 This weekend, Leaving Home, opens a two weekend run in the Newman Auditorium. A “devised theatre piece,” created by students under the guidance of director Downing-Lee, the exercise in documentary theater is built around true stories of several SRJC students.

Framing the stories is the fictional story of a Humanities class, engaged in an oral history project in which students are asked the question, “What does leaving home mean to you?” The answers to that question begin to unravel a larger story of how the world has changed since these young adults parents, and their grandparents, first left home to experience the world.