Hot Out of the Oven

Faux gras, jellyfish and karmic ice cream: a handful of notable newcomers to the dining scene 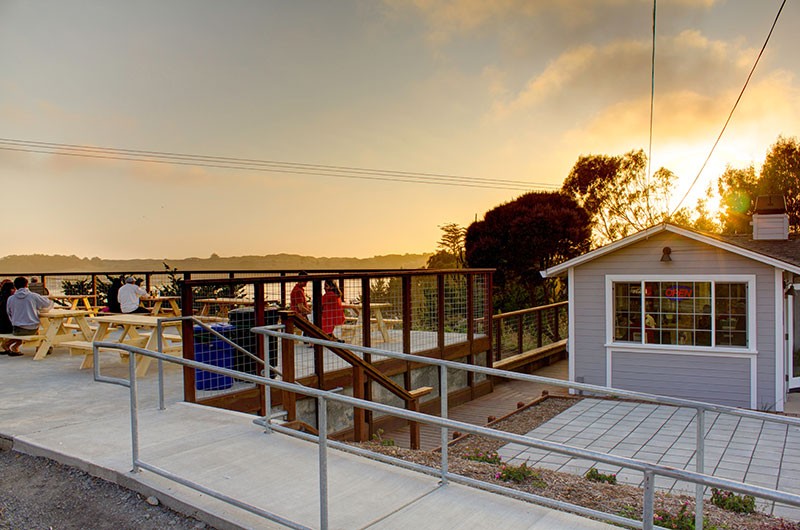 One day in 2004, when Sol Food first opened in San Rafael, a customer—a regular!—left behind the worst kind of tip. In a now-infamous letter that has been posted at the restaurant ever since, he rued the brightly painted exterior as a "lime green blight" on the presumably subtler palette of Marin County.

Nearly a decade later, to say that Marinites have embraced the bold brushstrokes and flavors of the Puerto Rican eatery would be a gross understatement. To keep up with her customers' ravenous appetites over the past decade, owner Marisol "Sol" Hernandez opened two more locations in San Rafael, all within walking distance of each other.

So it's little surprise that Sol Food recently opened in Mill Valley to great aplomb, including lines out the door and lauds in Sunset magazine. Though tucked into a neutral-hued commercial space, expect the same cheerful pastel doors, drippy foliage, sumptuous island fare, fizzy drinks and warm, friendly service.

In another far-flung corner of Marin (where Sir Francis Drake meets Highway 1), the quaint white farmhouse of the Olema Inn has been revamped into the Olema, featuring the new small-plates restaurant Sir and Star.

To pair with the taxidermy birds on the dining room walls, why not stomach something just as fowl: the "faux gras," a mousse made of local duck liver, which the menu warns is "so delicious it should be illegal." With a playful menu that reads more like cheeky haiku—there's Marrow in the Bone with an Onion Jam of Tales That Once Wagged Nearby and A Neighbor's Quail Plumped with Kale Nested in Wild Greens Pillaged Within Reach—it's nice to see dedicated locavores taking themselves lightly.

Farther north, in Bodega Bay, where the fried-fish joints and windblown foliage don't change much, it's hard to miss the new spooky-looking sign for the Birds Cafe, perched snugly between Highway 1 and the bay across from Pelican Plaza. Owned by Bodega Bay native Melissa Freeman, a former real estate agent turned caterer and home-delivery meal professional, the cafe serves up all the coastal standards (fish 'n' chips, clam chowder, fish tacos). Also on offer are slices of deep fried pies, which can be enjoyed with a view of the bay on the large outdoor deck—just watch out for those seagulls!

Santa Rosans, take heart: your (long overdue!) downtown bagel shop has arrived. Again. After closing due to a tragic fire on the corner of Brookwood and Fourth in 2009, the longtime Sebastopol-based favorite Grateful Bagel has opened another Santa Rosa incarnation, this one right smack downtown in the former Hot Dog City spot. Pesto pizza bagel? Check. Morning Bun, the love child of a croissant and a cinnamon roll? Check. Your favorite cream cheese? Er . . . last time I popped in, they were out of both veggie and berry, but were more than happy to improvise with jam. 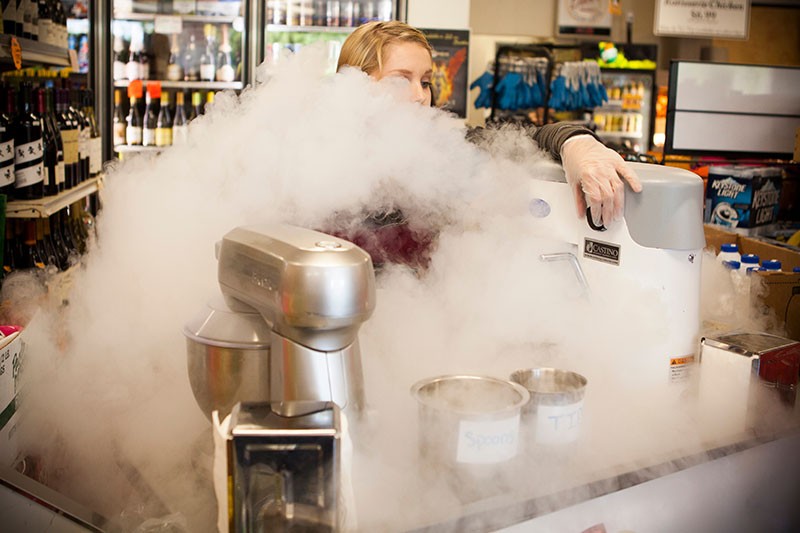 And speaking of improvisation, what do you get when you partner up an expert smoothie-maker with a research geek? Why, liquid nitrogen ice cream, of course! Tucked into the unassuming Dave's Market on Third Street at Dutton, NitroKarma serves up quick-freezing ice cream with a conscience. Former social workers Renee and Madeline aim to "create good karma through utilizing happy scoops . . . to empower others in their lives." That's right, each scoop of cucumber lime and house-roasted butter pecan brings them closer to their goal of subsidizing social programs for youth.

Thanks to the downtown riverfront overhaul and culinary revival, the city of Napa is no longer playing second fiddle to its quainter neighbors St. Helena and Yountville. Exhibit A: Empire, the new restaurant and cocktail lounge located inside the Andaz Hotel, Napa's newest (and, at five stories, tallest) overnight destination.

In another nod to the past, Odalisque Cafe in San Rafael draws its inspiration from a 17th-century French painting denoting the Ottoman Empire. (Although the coy, graceful woman depicted in La Grande Odalisque is a far cry from the historical odalik, a Turkish female maidservant or concubine). On the plate, this translates to an amalgam of French, Mediterranean and North African flavors in dishes like tagine of lamb and fennel soup. Appropriately sharing a building with Art Works Downtown, the cafe—from the shiny wood flooring to the silver coffee trays and geometric-patterned throw pillows—is itself a work of art.

Whether you're a dedicated gourmand or casual nibbler, and whether your taste runs urban chic or rustic harbor, there's no better time to try something new. Just be sure to leave the right kind of tip.