New Santa Rosa venue turns it up to 11 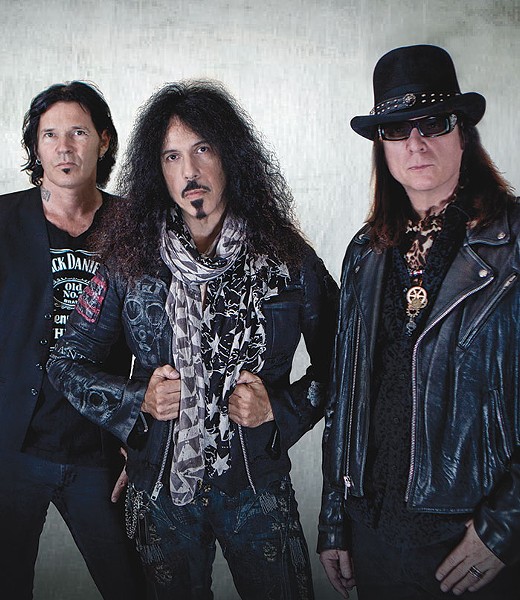 Santa Rosa's northeast industrial district is bustling with activity during the day, but a quiet block of nondescript buildings at night.

That's about to change, thanks to the brand-new House of Rock, a big, bold rock and roll venue, opening this month and featuring a summer lineup of classic and contemporary rock bands alongside other varied acts and local showcases.

The building where House of Rock stands was once a practice space, known as Rock Star University, for Santa Rosa's youngest award-winning rock band V² (pronounced "Vee Squared"), made up of twin 12-year-old brothers Vittorio and Vincenzo, whose channeling of classic rock rowdiness earned them several Los Angeles Music Awards in 2014.

The building's potential for a full concert experience persuaded the owners to bring in veteran music producer Freddie Salem to oversee the opening of House of Rock.

"We decided to do something additional [to Rock Star University], and fill a void in the Santa Rosa area," says Salem. "There are so many great rooms in Sonoma County, but not as much in Santa Rosa."

The venue space consists of a main stage area capable of holding between 500 and 600 attendees, a front cafe open during daytime hours and a cutting-edge recording studio that can also stream the live events.

On June 24, House of Rock opens its doors for an inaugural concert with heavy metal marvels Quiet Riot. The next night, the party continues with rock and roll monsters Blue Öyster Cult.

Later this summer, the club hosts San Francisco proto-punks the Tubes, with original lead singer John "Fee" Waybill fronting the group on July 8. Also on deck is British rock band the Babys and metal-centric night with Dokken and L.A. Guns.

House of Rock isn't only for classic-rock fans, however. Slated for the summer is also a Summer Jazz and Wine series that pairs legendary performers with several participating wineries. That series kicks off with three consecutive nights of jazz, starting on July 22 with saxophonist Nelson Rangell and guitarist Marc Antoine together onstage to perform their crowd-pleasing collaboration.

The next night, July 23, versatile guitarist Peter White teams up with the chart-topping saxophonist Euge Groove. Wrapping up that jazzy weekend is North Bay favorite Mindi Abair and her band the Boneshakers.

"This area is incredibly fertile musically," Salem says. "And the more the merrier."

House of Rock is at 3410 Industrial Drive, Santa Rosa. For tickets and info, visit rockstaruniversity.com.