Source: Calmatters. Erica Hellerstein is a journalist at The Mercury News in San Jose working for The California Divide, a collaboration among newsrooms examining income inequity and economic survival in California. 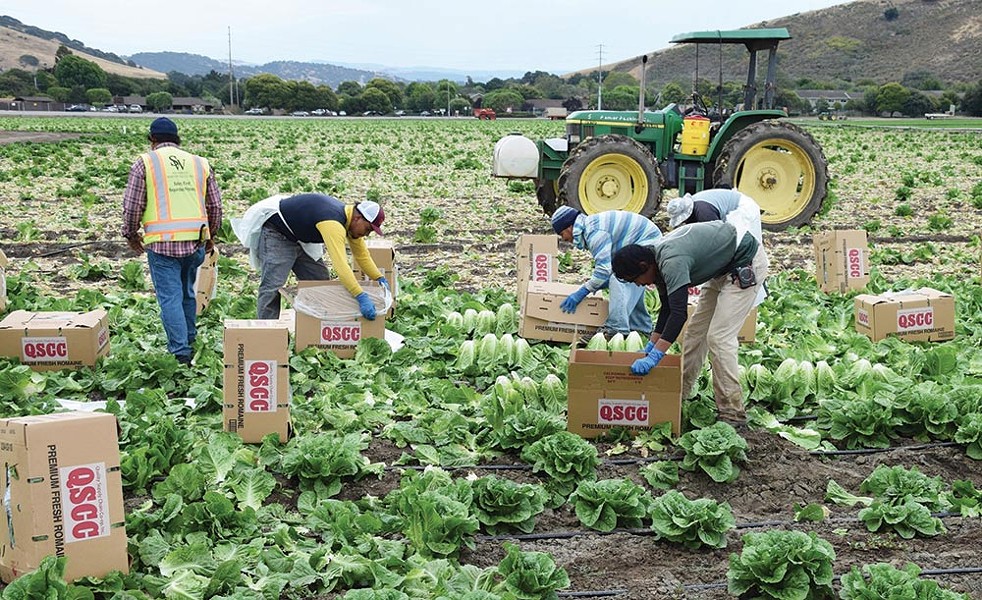 Last month, Yuri sat in her dining room in San Jose, turned on the television, and heard something that made her sit up straight and sent her mind racing.

The Trump administration, the newscaster announced, had just published a new rule that could make it harder for immigrants to get a green card if they used, or were likely to use, public government benefits like food stamps or Medicaid.

Yuri, who came to the United States from Michoacán, Mexico, was enrolled in CalFresh, California's food stamp program, for her seven children, who range in age from just over a month to 15 and who all were born in this country. But with the new rule, Yuri, wondered, would staying on food stamps imperil her asylum application or get her deported? Would she and her family have to move back to Michoacán, one of the Mexican states with the worst cartel violence?

She decided to terminate food stamps for her kids and to dis-enroll herself from MediCal, despite some health complications she said accompanied her latest pregnancy. She worries, she said, about how she will keep her children's bellies full without food stamps. But she doesn't want the use of social service programs to put her at risk for deportation somehow.

Across California, the looming change in what is known as the "public charge" rule is sowing confusion and fear within the immigrant community, causing many people to abandon programs they need for fear of retaliation from immigration authorities, according to nearly two dozen interviews with health care providers, lawyers, nonprofit organizations, and social service agencies.

The new rule could affect more than 2 million Californians, most of whom are not subject to the regulation, and could result in 765,000 people dis-enrolling from MediCal and CalFresh, according to UCLA's Center for Health Policy Research.

Yuri, who did not want her last name used for fear of drawing attention to her family, would not be affected by the rule change: Refugees and asylees are exempted from the policy, as are the food stamps she gets for her children, who are citizens. But many immigrants like her, who are not subject to the rule are feeling the chilling effect, with some withdrawing from social services unnecessarily.

Currently, green card applicants must prove they will not be a financial burden—referred to as a "public charge"—on the United States through use of cash welfare programs or publicly funded institutional care. The new regulation, which if it survives legal challenges will take effect in mid-October, would expand the public charge definition to include Medicaid, food stamps, and housing vouchers. Immigration officials will also consider income, education, English language abilities, and health when making a determination.

Claribel Chavez, an outreach worker for the Second Harvest Food Bank of Silicon Valley, said the primary reason the people she talks to resist signing up for food stamps is public charge.

"They're just not doing it because they are scared," she said. "They say, 'We would rather struggle than put our name into the system.' It's getting bad."

In August, Santa Clara and San Francisco counties sued the Trump administration over the regulation and filed a joint motion for a preliminary injunction seeking to block the rule before it takes effect. The motion argues that the rule, if implemented, would cause "irreparable harm" to the counties and "will cause individuals to dis-enroll from or forgo critical public benefits out of fear of potential immigration consequences." California is one of a number of states suing to block the policy.

In its publication of the rule change, the Department of Homeland Security estimated that 324,000 people in households with non-citizens will withdraw or stay away from public benefits because of the change.

But immigrants' rights advocates said they expect the affected pool to be much larger, because the effects are trickling down to legal immigrants and mixed status families who, fearing negative consequences, may now withdraw or stay away from housing assistance, health care or other social services. A recent report by the Kaiser Family Foundation, for example, estimated that the rule could result in up to 4.7 million people withdrawing from MediCaid and The Children's Health Insurance Program (CHIP).

Although it is difficult to measure the full impacts of the policy before it takes effect, there are some suggestions that it may already be having an influence.

In San Francisco County, according to court records, food stamp enrollment in households with at least one noncitizen dropped sharply when the proposed rule was announced in the fall of 2018, while citizen household enrollment remained relatively steady.

In Santa Clara County, data provided in court records indicates that the number of households receiving food stamps with at least one member who is not a citizen decreased 20 percent—or from about 15,000 to about 12,000—from October 2018 to May 2019. During the same time period, food stamp enrollment in citizen households stayed at roughly 26,000. The records also show that MediCal participation in households with at least one noncitizen decreased 13.5% from the fall of 2018 to July 2019, while participation in citizen households increased 6 percent.

For health care providers in the Bay Area, the prospect of patients declining medical care is worrisome. Santa Clara County has the fourth highest rate of tuberculosis in California, according to Dr. Sara Cody, the county's director of public health, with almost 10% of the population infected with latent TB. Patients forgoing evaluation and treatment could heighten the risk for spreading infection to county residents, she said.

Asylum seekers and refugees would be exempt from the current rule, as would victims of domestic violence and trafficking. But advocates and lawyers who work with those populations say that many of them, too, are confused about the 800-plus page rule and have asked if they should reconsider using benefits.

In addition, neither the the Special Supplemental Nutrition Program for Women, Infants, and Children (WIC) nor free and reduced price school lunch programs would be affected by the change, but social service providers in the Bay Area say recipients of both benefits have expressed concern about continuing their enrollment.

As for Yuri, the path forward is one without CalFresh for her children, and, although she is seeking the advice of an immigration lawyer, legal consultation seems unlikely to change her mind about withdrawing. For now, she said, it all just seems too uncertain.

"We don't want to have the risk,"' she says, rocking her newborn's pink crib. "You never know what's going to happen."