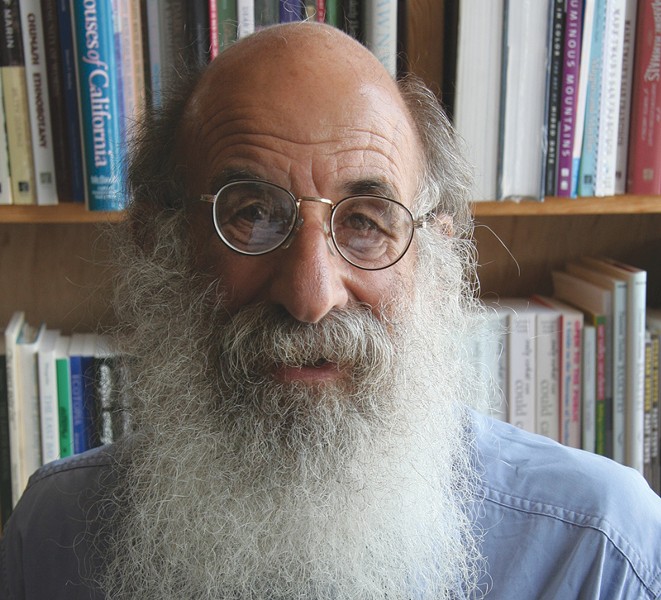 That spark that's felt somewhere at the intersection of rebellion and a belief in storytelling as medicine? That's the essence of Malcolm Margolin and his independent publishing house, Heyday Books.

A Boston-area transplant, Margolin and his wife headed west in their VW bus in the Summer of Love. After camping and working in Canada, Mexico and the wilds of 1960s Big Sur, Margolin settled in Berkeley where he founded Heyday in 1974. He appears in a discussion with author Wendy Johnson June 29 in Point Reyes.

"I began by typesetting and designing my own books in my own house with a light table that I made," says Margolin by phone from his Berkeley office. "It was an attempt at self-sufficiency. I didn't want to work for anybody because I couldn't hold a job. I wanted to create my own world."

The world he created involved authoring several books on California Indians, including The Ohlone Way, which continues to be required reading in many of California's college history classes. Heyday began publishing other writers, from John Steinbeck and William Saroyan to Gary Snyder and Rebecca Solnit. With about 25 new titles each year focusing on California's complex and diverse heritage, the stories seldom heard through mainstream publishing outlets have found a platform.

"These voices seem to come in through the window," Margolin says. "You open the door in the morning and they rush in and they all sit around the table, and you can't get rid of them."

Despite drastic changes in information sharing over the last four decades, Margolin, now in his 70s, refuses the notion that the world is changing for the worse.

"In a way, this whole operation is built on friendship, it's built on people that I've known, it's built on networks of people that like each other. It's personal," he says, "and it's quite lovely. I come in in the morning, and I can't believe the place is still here. I keep expecting a vacant lot with some wheat growing out of it, and that this whole thing was just a big hallucination because I took too much acid in the '60s."

Forty-year acid trip or not, the spirit of storytelling itself seems to keep Margolin's spark ignited.

"I hang out on a lot of Indian reservations," he says, "and there is a kind of story that gets told that's so slow-moving and it's so sensuous and it's so connected; it moves in and out of place and it moves through people we know.

One could say Margolin has made a life of it.