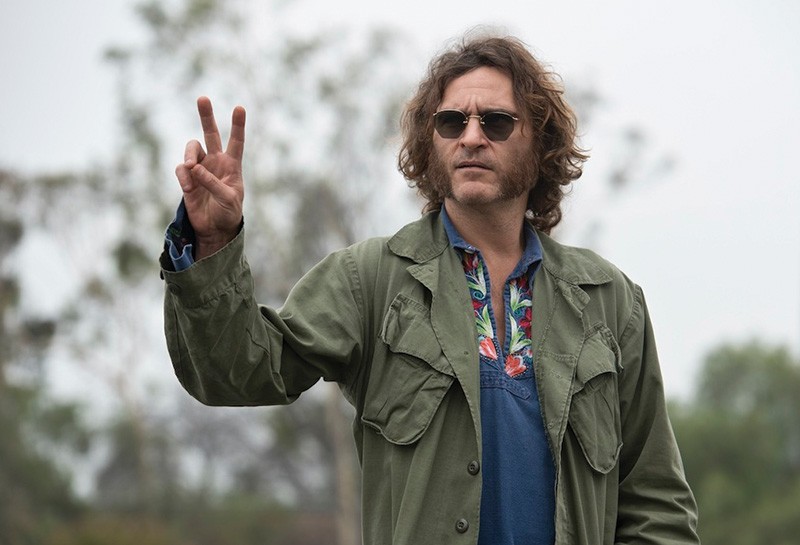 The mood of the film is far more important than its story. Inherent Vice serves as a threnody for the end of the 1960s, as the best defective-detective since Dude Lebowski tries to determine who is responsible for what.

Narration by a female psychic named Sortilège (NorCalharpist Joanna Newsom) provides a frame for the adventures of Doc Sportello, played by Joaquin Phoenix looking like a young mutton-chopped, straw-hatted Neil Young. He's sort of on the trail of a vanished developer named Wolfmann (Eric Roberts). The detective learns the real estate bigwig has connections to Shasta (Katherine Waterston), the lovely whom Doc said farewell to years before.

For a time, Doc's nemesis seems to be the furious yet telegenic "Renaissance cop" Bigfoot Bjornsen (Josh Brolin). The way Anderson reveals a friendship between the hippie-hating flattop and the passive stoner is one of the film's surprises.

A malign influence on all is a mysterious organization called "the Golden Fang," perhaps still at large. Inherent Vice is a light film, but it leaves an impression that heavy films can't.