Vijay Iyer the one to watch at Healdsburg Jazz Festival 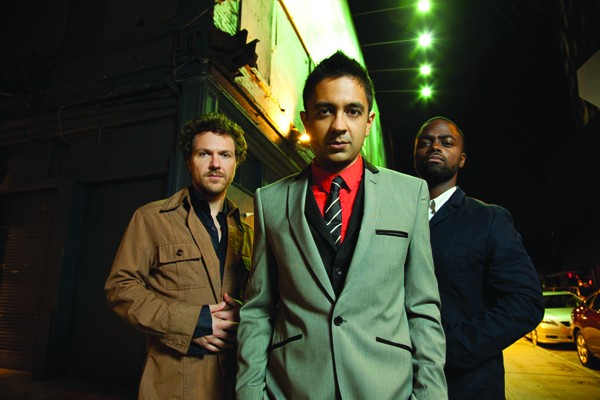 When a jazz version of a disco song that was sampled by a hip-hop group becomes the talk of indie-rock blogs, it's a pretty good indicator that the entire concept of "genre" has finally died.

So it goes with Vijay Iyer, the remarkable jazz pianist who plays the Healdsburg Jazz Festival on June 10, and whose new album, Accelerando, features a stunning version of "Star of the Story," a song by the 1970s group Heatwave that was sampled in the Tribe Called Quest song "Verses from the Abstract."

"I knew the Tribe song, but I didn't know it came from somewhere else," Iyer explains, on the phone from his home in New York City. "And then I saw this blog post by Prince Paul describing his favorite sample flips of all time, as he called it, and that was one of them. And I was like, whoah, what is this a sample of?"

Iyer tracked down the original disco song, "listened to it over and over," and adapted it to his jazz piano trio, featuring Marcus Gilmore on drums and Stephan Crump on bass. The fact that the resulting recording succeeds so well is a testament to Iyer's talent as much as the everything-is-everything connectivity of the 21st century; Iyer's other cover choices on Accelerando include tracks by Michael Jackson, Henry Threadgill and the Los Angeles electronic producer Flying Lotus.

When the Healdsburg Jazz Festival opens this week, running through June 10, it does so with another excellent lineup of jazz veterans. Famed guitarist Kenny Burrell performs at the Raven Theater (June 9), Freddy Cole plays at Barndiva (June 3) and the incomparable drummer Roy Haynes, who's played with everybody you've ever heard of since punching the clock in Charlie Parker's quintet and who still plays with the ferocity of a steam engine, headlines the Rodney Strong Vineyards (June 10).

Iyer, on the same bill as Haynes ("Roy's incredible, absolutely," he says), represents a new breed of pianists. Like his contemporaries Ethan Iverson, from the Bad Plus, and Jason Moran, both of whom stretch the definition of "jazz" and incorporate different styles into their music, Iyer approaches music without any notion of boundary.

"My main understanding of genre is that genres don't exist," Iyer proclaims. "They never did. Really. What happens is that a community settles on some set of artistic practices and aesthetics and priorities for what music is and how it works. And depending on how open or closed that community is, things kind of stabilize. So that's then, after the fact, basically called a genre. But it really was an emergent property of the music of a certain community."

That Iyer—born in New York to Indian immigrants in 1971—is able to traverse communities may be due to living in New York City, a place where, in his words, "we're all piled up on top of each other." But that he's able to do it so fluidly is due to his unmistakable vision. One of the more unique pianists in jazz, Iyer speaks of tempo in terms of beats per minute like a DJ; speaks of recognizing rhythm as a reflex of empathy in the lower structure of the brain; and speaks of his 1998 dissertation, titled Microstructures of Feel, Macrostructures of Sound: Embodied Cognition in West African and African-American Musics, as containing a roadmap for his music today.