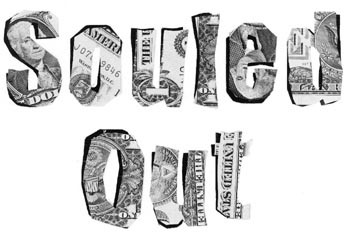 Commodifying the human experience: an interview with author Jeremy Rifkin

JEREMY RIFKIN believes one day soon you will wake up and find that virtually every activity outside your immediate family has become a paid-for experience. Almost everywhere you turn, almost anything you do will be based on an arrangement that involves forking over cash: think cable subscriptions, fitness club memberships, monthly installments on a leased car. On this near-dawning day, your life, in effect, will have become someone else's mini-mart, a storehouse of commercial relationships with companies that base their worth not on what they produce but on how much of your time they own.

Sound frightening? Well, it should, according to Rifkin, a fellow at the Wharton School Executive Education Program and the author of such dystopian polemics as The Biotech Century and The End of Work. In his latest book, The Age of Access (Tarcher/Putnam), Rifkin charts the development of what he calls "the new culture of hypercapitalism," in which owning material goods becomes secondary to paying for access to them--and a customer's "lifetime value" becomes the ultimate market commodity.

Rifkin is an economist by trade. He lectures to CEOs about the social ramifications of their business practices and runs a nonprofit in Washington, D.C., called the Foundation on Economic Trends. His foundation is, among other things, currently suing Monsanto for not adequately testing its agricultural products.

But what Rifkin really is--when he puts fingers to keyboard--is a social science polyglot. His new book is a distillation of current thought on psychology, cultural anthropology, economics, and philosophy. It is, in many ways, a popularization of the ever-elusive theory of postmodernism. Rifkin uses such favorite postmodern terms as "immateriality" and "decenteredness" to describe how cyber networks, electronic commerce, and lifestyle marketing are resulting in a final, nightmarish stage of capitalism. In this last stage, the commercial sphere wallops the cultural one, and Homo erectus is reborn a time-stressed consumer whose most powerful tool is his credit card.

There is not much new in this quasi-Marxist approach to 21st- century socioeconomics. Yet unlike the postmodern treatises of Fredric Jameson and Jean-François Lyotard (both of whom are literary philosophers with a penchant for apocalyptic vitriol), Rifkin's book is a mostly sober analysis of how capitalism is restructuring itself, backed up by close observation of the business world and hard statistical evidence.

Whereas Jameson writes without great substantiation about "the great global multinational and decentered communicational network," and Lyotard poetically bemoans the "disappearance of the Idea that rationality and freedom are progressing," Rifkin writes plainly and supports his postmodernist arguments with economic data. In The Age of Access, we learn, for example, that the average American visits a mall every 10 days for approximately an hour and 15 minutes; that the service industry now accounts for more than 77 percent of employment of the U.S. workforce; and that a typical U.S. citizen is bombarded by more than 3,500 advertising messages a day, thanks in part to U.S. television networks that now broadcast 6,000 commercials per week.

"What I was trying to do with this book is wade through all this postmodernist stuff and take what I thought was real and eliminate what I thought was bull, and get down to how this relates to economics," writes Rifkin. "What people don't understand is that we are entering a totally different form of capitalism."

Rifkin's main point is that the new era we are entering is as different from market capitalism as market capitalism was from mercantilism. Power is no longer based on property but on access to services. Business is no longer determined by place but by the decentered nature of cyberspace. Markets, the mainstay of industrial capitalism, are giving way to what Rifkin calls networks.

"In a market, you have a seller and a buyer and you exchange property, which is the way we've defined capitalism since Adam Smith," says Rifkin. "In networks, there aren't any sellers and buyers. There's no exchange of property. There are servers and clients, suppliers and users and 'just-in-time' access to what you need, but the property never alienates. In other words, it stays in the hands of the suppliers and they lease it."

Rifkin doesn't just hope to influence social and cultural critics with his book. He also has spent more than the last half year introducing business leaders around the world to his Age of Access theories because, as he puts it, "they haven't really thought about what they're doing."

"One of the things that really hit me while writing," he says, "is it's all been just about the hardware and software until now. Bill Gates and Alvin Toffler and my friend John Nesbitt--none of them have a social vision that's powerful enough to share these fruits in a way that's a leap forward for humanity. It's all about cell phones and e-mail."

FOR RIFKIN, what corporate leaders are failing to understand is that cultural capitalism, as he calls it, is threatening the very foundation of modern life. Rifkin points out that, historically, culture has always preceded commerce, yet now we are in a situation where commerce has become the primary institution--and culture, coopted and commercialized, is derivative. This, he believes, is leading to a breakdown in social trust that could have dire consequences for the very idea of freedom and the workings of a healthy civil society.

"Unfortunately, the market has become the defining presence in our lives," writes Rifkin, "and it is deconstructing that whole civil and cultural sector. The AOL&-Time Warners, the Bertelsmanns and the Sonys, what they're really selling is the cultural diversity of thousands of years of human life--everything from travel and tourism to destination entertainment centers."

Opponents of Rifkin's book will probably say that he is a technophobe and a neo-Luddite whose economic theories are skewed from spending too much time reading about postmodernism and fulminating about the Internet. To some degree, his main argument--that people's very life experience is being commodified--seems an impossibility for those of us who know the difference between Disneyland and a walk in the park. Yet his historical analysis of economics is ultimately persuasive, for in the new economy, access to consumers, whether it be by an Internet magazine or a car company, is becoming more important to a company's bottom line than selling actual products. Branding and marketing are key to the success of a business--as is customer loyalty. The AOL&-Time Warner deal, which took place while Rifkin's book was at the printer, is item No. 1 in defense of his arguments.

Moreover, no one can accuse Rifkin of jumping to conclusions or not doing his homework. The Age of Access took him six years to write. It is based on 350 books and 1,000 articles, assembled from 50,000 index cards and 2,000 pages of notes. It is, above all, the most accessible summary to date on how corporate capitalism--gone global and now virtual--is affecting business, society, and individual identity.

Yet there are dubious arguments in his book. One of the weaker sections follows too close on the heels of postmodern philosophers in describing what Rifkin calls the "protean persona." In his view, men and women in the Age of Access do not define themselves in terms of having a good character or a strong personality as their grandparents did, but in terms of being "creative performers" who "move comfortably between scripts and sets as they act out the many dramas that make up the cultural marketplace." This postmodern person is constantly on the hunt for new experiences in the form of paid-for performances, entertainment, and fantasies. He is even, as a result, beginning to exhibit multiple personalities, particularly in cyberspace, where donning and discarding identities can be accomplished in a blink of an e-mail.

Like Jameson and his postmodernist-in-arms, Jean Baudrillard, Rifkin seems to believe that 21st-century man will emerge functionally schizoid, as in a sci-fi novel. As opposed to his forefathers, who sought to be autonomous and self-sufficient, this new person will be dependent on others--via telecommunications--to confirm the various parts of his fragmented identity. This argument smells strongly of an intellectual's rush to connect up the dots. I wonder whether Rifkin is really serious when he writes that this new person, a networking junkie, will live by the belief that "I am connected, therefore I exist."

RIFKIN REALIZES he may be somewhat out of bounds in describing the psychological consciousness of the dotcom generation. "The jury is out," he says. "You can also make the case that kids are multitasking, they're parallel processing, they're more connected with the rest of this planet." In the end, he says his main concern is that young people be aware that their "postmodern play" is taking place in a commodified cultural marketplace.

One might ask at this point: Whither progress in Jeremy Rifkin's brave new world of hypercapitalism? Are there no upsides to the Age of Access? Are we doomed to fulfill the postmodernists' screeds of 20 years ago, to live a life of short-lived connections, virtual realities, and commodified experiences?

The way out of the hypercapitalist conundrum, says Rifkin, is through social movements, such as the campaigns for biodiversity and cultural diversity, that underscore the local and the cultural. "If we lose the sense of place, the sense of being, if you will, we may lose our sense of responsibility to intimate relations," he writes. "The contrarian rallying cry of our time should be 'Geography counts, culture matters!' "

Rifkin is hopeful that those cries will grow louder. "I think Seattle was the beginning of a powerful coming together of movements that can provide an antidote to the forces of global cultural production," he says. "Suddenly we had the biodiversity groups coming together with the cultural diversity groups and organized labor--and these groups are all lodged in geography, which is where intimacy and empathy and real solidarity happens."

Rifkin--ever the activist, ever quick to deconstruct a trend--will certainly champion this solidarity. Yet he is skeptical about the future of social progress. In the same breath that he mentions Seattle, he adds: "It is not out of the question that cultural diversity can be exhausted. If you lose the rich cultural diversity of thousands of years, it's as final and devastating as losing biodiversity."

Rifkin's postmodernist colleagues are undoubtedly nodding in agreement. The question now is: Will business leaders--or, better, politicians--pay any attention?