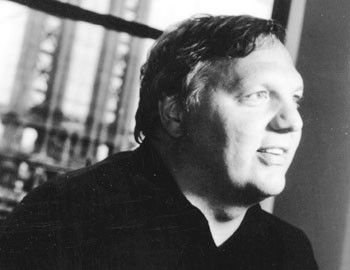 John Hockenberry is on a roll

THERE SHOULD be a law against multitalented people. If one person weren't allowed to be so brilliant in so many different things, then maybe there'd be enough talent left over for the rest of us. Take John Hockenberry.

As the original host of NPR's groundbreaking Talk of the Nation show, Hockenberry inarguably ruled the public radio roost for several years. When he ditched NPR to ply his journalistic trade in new ways--as NBC-TV Dateline correspondent, as reporter on ABC-TV's Day One news magazine, as the host of MSNBC's prime-time, self-titled cable news show Hockenberry--he proved himself again and again, racking up a mantle full of awards, including three Emmys and two Peabodys. Then he wrote a bestselling book--Moving Violations: War Zones, Wheelchairs, and Declarations of Independence--and showed himself to be a damn fine memoirist as well.

So now the guy comes out with a novel--a fast-paced nail-biter about murder, water rights, Indian culture wars, right-wing militias, nuclear terrorists, marine biology, and geological destiny--and damned if it isn't just as well done and thought-provoking as his previous ventures. Yes, with the release of A River out of Eden (Doubleday; $24.95), we are forced to acknowledge that as a novelist, Hockenberry rocks.

"I deliberately wanted to not do something that was related to my other work," he says--contacted by phone at his office in New York--admitting that he is no fan of what he calls "these thinly disguised autobiographical journalist-as-central-character books." Instead, Hockenberry used his reporter's skills in assembling the details that support his tale of half-Indian marine biologist Francine Smohalla and her investigation of a string of murders along the Columbia River, killings that might precipitate a cataclysmic event foretold in Indian prophecy: the destruction of the vast dam system that buried the once Eden-like Celilo Falls beneath a million gallons of water. Meticulously researched right down to the geological events that created the Columbia Basin 15,000 years ago, the book needs no reporter character but its author.

"If there is a place for me, as journalist, in the book," Hockenberry says, "it's in those details."

FOR HOCKENBERRY, the book began 20 years ago with an eye-opening practical joke, when an elderly Indian man told him about the beauty of the Celilo Falls and then sent him to find it, pinpointing the exact location on a map. When he tried to go there, Hockenberry realized that the dams had obliterated the falls long ago.

"The other important part was the old Indian prophecy called Coyote Frees the Fishes," he explains, describing the story of how Coyote finds that all the salmon are being kept behind a dam, guarded by a woman. Coyote destroys the dam, freeing the fishes and returning the river to the Indian people. "For me, that prophecy and that ancient geology were just dying to come together in some way," he says. "God forbid that such a flood would happen, but when I was out in the Pacific Northwest, reporting on some of these water-rights issues, I saw a gleam in the eyes of almost everyone I interviewed along the river, particularly the Indians, who dream of a river like the one before the dams.

"People do root for the apocalypse," he continues. "People want it. And it's not because they're evil people, they don't all have to be Timothy McVeighs--though I've got one of those in my book--but people do have somewhere in their gut, this feeling, this thought. 'Let's just throw the marbles in the air and see how they come down.'

"I don't know where that comes from," Hockenberry says, "but as a reporter and a novelist, I think it's an incredibly fascinating thing."