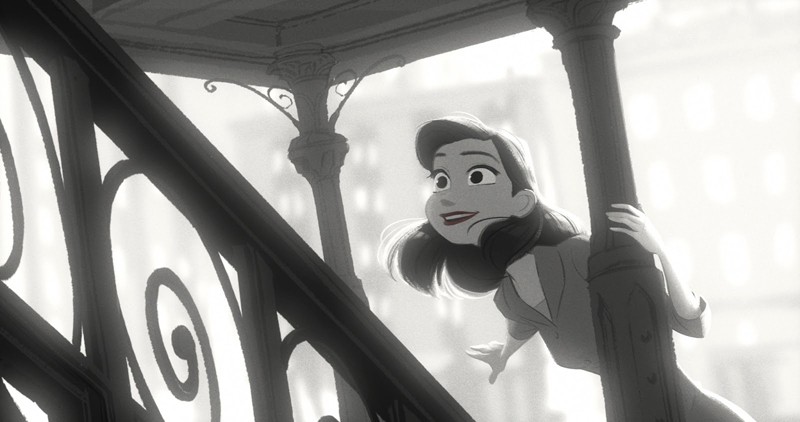 A film can most easily sustain its quality via brevity. As the Nabokov line has it, "What arrow flies forever? The arrow that has hit its mark."

This week, inveterate Oscar-poolers get a chance to see what's in the short film categories in three programs (Best Animated, Best Documentary and Best Live Action). Of the Live Action short nominees, a favorite is the well-received Asad, a story of Somali refugees, filmed by an American on the coast of South Africa using refugees from Somalia as non-pro actors. Another contender is Buzkashi Boys, about the national sport of Afghanistan, a dangerous form of polo using a dead goat as a ball.

A possible victor in the Best Documentary short category is the MTV-produced Inocente, a story of a homeless girl who hasn't allowed the lack of an address to crush her spirits. As usual, this category is a roundup of upbeat fare about death and serious illness. Mondays with Racine is a short documentary about a beauty salon that gives free makeovers to chemotherapy patients.

The animation category is, as usual, very strong, but the shoo-in for the Oscar is Paperman, a wordless, Disney-made romance set in a 1955 New York cityscape, in which the only spot of color is a lipstick kiss. I call it a shoe-in not just because it's breathtaking, which it is, but because it was heavily seen last year. Paperman was shown before screenings of the mega-popular Wreck It Ralph; its best-known rival, The Longest Daycare, starring TV suckling Maggie Simpson, was billed with Ice Age: Continental Drift.

The lesser-known animated shorts are stunning. Fresh Guacamole is a stop-motion animated parody of a cooking video, by the ever-ingenious PES. PES' work plays with the most rare visual puns, but it's more than just cold ingenuity at play. Watching his shorts, we relearn, with some shock, one of the first lessons of childhood: two things that are shaped alike aren't the same.

The British Head Over Heels is the saddest and wisest of the show, a short of great imagination regarding a bitter middle-aged couple separated by an immemorial quarrel. They've coped by giving each other halves of the house they share. But it's not physically possible, except in Escherland, to split up a house they way they have done.

Last and least of the five, Adam and Dog by Minkyu Lee is a must for dog lovers. This animator took on a tough topic, the fall of man. But it's odd how Paperman successfully goes West-East (Billy Wilder meets Ozu) when the opposing Miyazaki/CalArts influences seen here don't mesh with the same flawlessness.

The 2013 Oscar Nomintated Short Films, presented in three programs, is in theaters now.