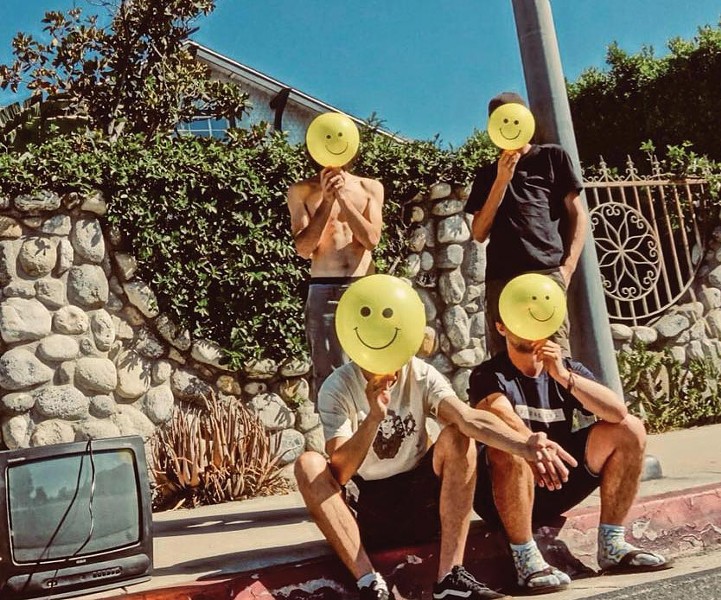 Stay Dry Skip the booze and come for the music when bands like The Happys play RockSoberFest.

It's not as cool to get smashed in public today as it was with the older generations," says musician Kegan Stedwell, who admits she's been on both sides of that scenario. "Sure, plenty of people still do it, but there's definitely a movement of younger folks who are interested in having fun without the drugs and alcohol. Smashed is simply not a look that a lot of young people are going for these days."

Stedwell, a lead singer with the Marin-based, Northern California soul-collective Venus in Scorpio, will perform this Saturday, Sept. 28, at RockSoberFest at the Sonoma-Marin Fairgrounds. The alcohol-free, multi-performer music event—versions of which have already rocked Mendocino County and Marin County—is the brainchild of Marin County's Jeffrey Trotter, who decided sobriety shouldn't come between him and his love of music and dancing.

"This is one very eclectic lineup," says Stedwell, who describes her own band as a theatrical musical showcase of great soul tunes, served up with plenty of razzle-dazzle. "We make our shows very entertaining, and if that means two or three costume changes in the course of a one-hour set, then we are all about doing that."

In addition to the music, there will be food trucks and other vendors exhibiting wares and information, with the emphasis on enjoying beautiful music in an environment where the buzz comes from good company, high energy and great tunes. According to Stedwell, RockSoberFest is a great idea, and one that's been a long time coming.

"When I was a kid," Stedwell says, "going places where the adults were all drinking and getting hammered was normal. But times are changing, and I think that's a good change." There's definitely a kind of rebellion taking place, she believes, what with the Sober Curious movement and the rise of intentional sober breaks. "Today," she says, "some people are actually growing up to think that maybe alcohol poisoning is not a reasonable way to initiate our youth. That's a beautiful thing."