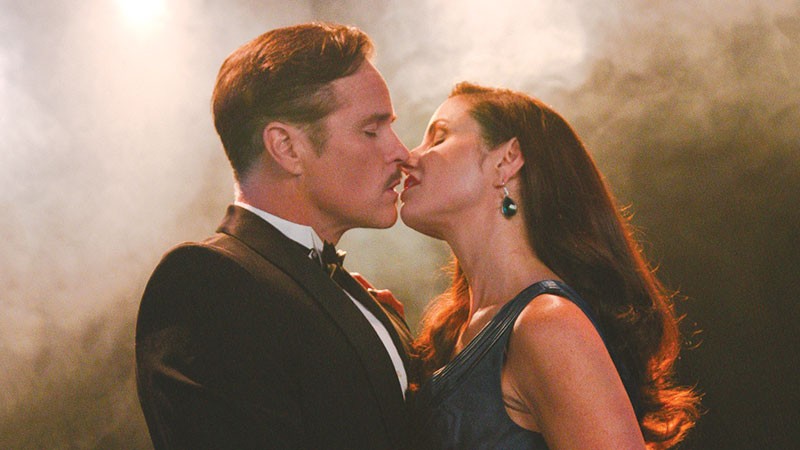 Love, sex, acting and mathematics. It's all a messy business.

"I'm not done!" cries the desperate Emilie (Robyn Grahn, charming yet strangely distant). Offered a chance to relive her life, possibly getting to finish her book describing the life force as a mathematical equation, she finds that actually touching these memory-people leads to electric shock, so whenever her story gets "physical," she calls in a younger version of herself (Neiry Rojo) to handle all the kissing and groping.

Director Patricia Miller takes a bold (but unsuccessful) risk in casting Catherine Luedtke as Voltaire. Luedkte, first-rate, does everything she can, but the choice doesn't work, taking an already over-analytical, convoluted story and pushing it further from the grasp of the audience's emotions. Though the scientific stuff is frequently thrilling, the sexy parts—mainly men chasing women while shouting "Hoo-hoo-hoo"—is about as un-sexy as a Bugs Bunny cartoon.

Considerably sexier and more convincing—though so oddly structured as to require constant audience effort to absorb—is 6th Street Playhouse's production of Sarah Ruhl's Stage Kiss, directed with welcome farcical fury by Marty Pistone. Structured as a play-within-a-play (followed by another play-within-a-play), Strange Kiss introduces us to two ex-lovers, He and She (Edward McCloud and Jenifer Coté). The characters are thrown together in a very bad play, saddled with a cast of delightfully underachieving actors (Rusty Thompson, Lydia Revelos, Abbey Lee, all funny, plus an excellent Tim Kniffin), guided by their woefully unprepared director (Mollie Boice).

Stage Kiss contains a whole lot of kissing—some serious; some very, very funny—and it's fun to watch the fake kissing lead to real kissing, then back again. Though ultimately somewhat pointless, vague and overly mean-spirited, Stage Kiss is an entertaining romp and an often clever comparison between the easy promises of love-struck fantasy and the hard but worthy work of achieving real love.