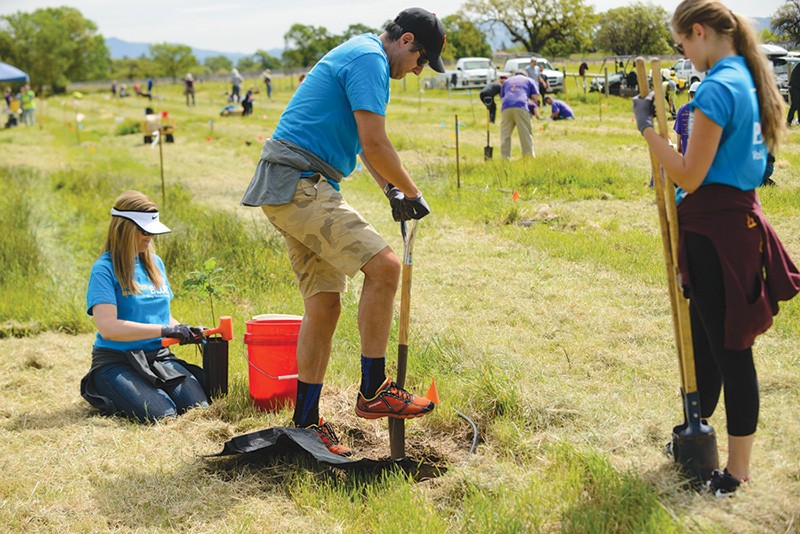 This weekend, the foundation celebrates 25 years of ecological conservation by throwing its largest party of the year, the Laguna Garden Gala, on Sept. 13 in Sebastopol.

For some, the Laguna de Santa Rosa is a trail out in west Sonoma County that runs from Highway 12 to Occidental Road. For others, it's that plain near Sebastopol that floods every year.

There is an actual water channel, a 22-mile network of streams that begins near Petaluma and runs into the Russian River. When heavy rains overtake the streams, the water runs back and floods into the 30,000-acre Laguna Wetlands. But even larger is the 254-square mile Laguna watershed that stretches from Windsor to Cotati, and from Sebastopol to Oakmont in east Santa Rosa.

As the foundation celebrates 25 years of ecological conservation, Munroe is celebrating 25 days on the job, hired just last month by the foundation's board of directors.

Munroe's earliest memories are of holding turtles and beetles while exploring the creeks and fields of Fairfax County, Va., where he grew up. Early in his career, Munroe became interested in the connection between ecological education and conservation. "They're inseparable," he says. "I feel you can't talk about one without talking about the other."

As a nonprofit, the Laguna Foundation relies on volunteers as well as grants and donations to suppourt educational and conservational programs. Now in its 12th year, the annual Laguna Garden Gala is the foundation's largest fundraising event, and this weekend looks to be the biggest to date.

The gala boasts work by over 60 local artists available for sale in a silent auction. Additionally, a live auction offers packages like whale watching and kayaking.

Artisan food, local wines and craft beers, live music and more fun await at the gala, though if you're not able to attend, you can still donate online and help keep the Laguna and Sonoma County healthy and thriving.