The beer isn't free, but the music is 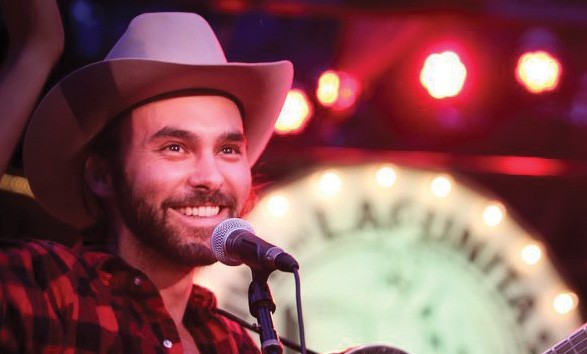 Lagunitas Brewery has distinguished itself through more than great beer. The Petaluma beer maker has become an acclaimed live music venue.

Lagunitas has always exuded a feeling that they're doing what they love. That's on display with their free outdoor concert series featuring well-known and up-and-coming bands that have graced the stage at such music festivals as Coachella, Sasquatch and SXSW. The bands are showcased during Live at Lagunitas, a summer concert series that runs from May to September. Musicians have included Shakey Graves (pictured), Foxygen, Emmylou Harris and Allen Stone.

According to marketing manager Laura Muckenhoupt, who has been with the project since its start, the story behind Live at Lagunitas began with owner Tony Magee's love of live music. Magee's desire to combine two of his passions, music and beer, came together in the summer of 2012. His vision was to showcase high-caliber bands in a laidback, accessible way reminiscent of a friend's backyard party, with Magee even opening for a few of the headliners.

"It was Tony's idea to keep these shows free," says Muckenhoupt. "It's a combination of giving back to the community, but then also supporting artists."

The concerts are popular enough that ticketing is done by waitlist, to ensure that shows don't get overcrowded and compromise safety. A select few can also get tickets by signing up through band or musician's websites.

The concerts take place in the outdoor "Laguminiamphitheaterette." Guests are welcome to sit on the lawn and recline on a blanket, or get up close to the stage and dance. The Lagunitas taproom is fully functioning during these events, which take place after all tours have ended for the day. The pub is also open with more limited offerings than usual, but with a faster and more convenient to-go-style ordering process, so attendees won't have to choose between eating and not missing too much of the set.

While there are still a few shows left for 2014, such as James McMurtry and Karl Denson's Tiny Universe, Muckenhoupt is already working on the 2015 lineup. Lagunitas' website includes details on how to obtain a converted pair of tickets to one of their larger shows and, similarly, their traveling music-and-beer-themed parties known as Couchtrippin', named after the bright orange couches from the brewery's own Loft.

Though the outdoor concert series is coming to an end, the brewery features smaller-name bands year-round almost every night of the week with no cover charge or special ticketing process so that everyone can get a chance to visit and experience the fun.