Comedy open mics are proliferating all over the North Bay. What's so funny?

Out of all the terrible, horrible, no-good, very bad things that can happen to a person in this world, there are two of which I'm most afraid: death by fiery plane crash is the first, followed closely by performing standup comedy.

So how is it I've ended up on a brightly lit stage, microphone gripped in my sweaty palm, about to try and make a bunch of strangers laugh?

My journey to this particularly terrifying scenario started months ago, after a friend who was taking classes at the San Francisco Comedy College started doing standup in the North Bay. Rather than moving to San Francisco, more and more aspiring comics seemed to be sticking it out in Sonoma County, making something out of what was once nothing.

"How hard can standup comedy really be?" I thought. And with that, I started checking out the scene for myself.

My first stop is at a surprising venue: Guayakí Mate Bar in Sebastopol. Since 2010, after answering a Craigslist ad for a comedy show host, Heidi Bartlett has hosted the "Horsin' Around" open mic night at the organic tea bar. The first night Bartlett booked was less than stellar attendance-wise, with only Guayakí's David Turconi, his wife and son and two others in the audience. "I was like, how am I going to fill two hours?" says Bartlett.

She didn't have to worry for long, however, as Guayakí's monthly comedy night ended up taking off. Now audiences number in the high dozens, a mix of comedians and fans who come out to see about 15 comics perform along with a headliner. "I have to turn people away," says Bartlett. With sign-ups required, there's always a waiting list for that five minutes of fame.

What people do with that five minutes varies, and performers on this Wednesday night are hit-and-miss. There's a hilarious bit about the Petaluma corn maze from a middle-aged, self-proclaimed "Republican comic"; there's also a not-funny-in-the-least bit about how women get ugly and wrinkled as they get older from a red-faced, wrinkly fellow with a British accent. It's a reminder that making people laugh is probably one of the most difficult and subjective tasks around. What's acceptable to one person (Daniel Tosh's notorious gang-rape "joke," for example) might rightly send another into a frenzy. 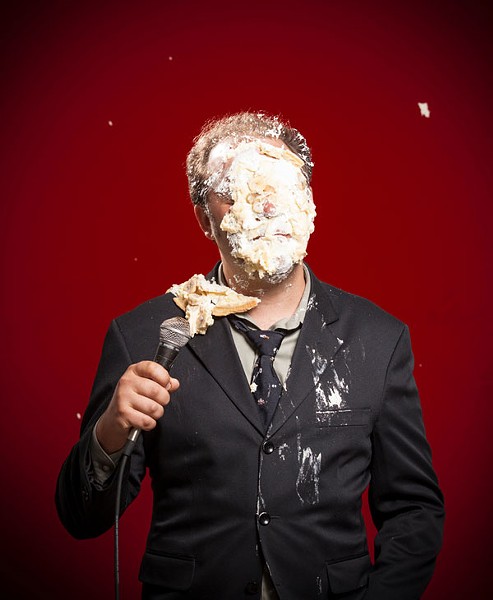 Still, the diversity of comics at Guayakí, whether clever or offensive, is a sign of a scene that's in high gear. "Before our show took place, there weren't any [open mic nights]," Bartlett says. "Now there's more than one a week. The scene has exploded. Because the demand was so high for my show, a number of people created their own shows throughout the county."

Ricky Del Rosario, a Sonoma County–based comedian who once shared a manager with George Lopez, recently began hosting an open mic at Heritage Public House in Santa Rosa. After cultivating a thriving standup career beginning in 1994, the SSU graduate took a nine-year break to focus on his wife and children. He returned to the scene in 2009, and says there's been a zero-to-60 jump in venues.

"There was no comedy scene back when I started," he says. "At the time, I was going to San Francisco, L.A—but I had nowhere around here to really practice my new material. When I started up again, I started going to open mics, and after that they just started popping up everywhere. It's fantastic. I have a chance to practice all new material all the time."