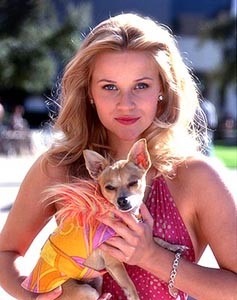 Writer David Templeton takes interesting people to interesting movies in his ongoing quest for the ultimate post-film conversation. This is not a review; rather, it's a freewheeling, tangential discussion of art, alternative ideas, and popular culture.

"I WAS HOPING my newborn would wake up in time to breastfeed," announces Ayelet Waldman, warmly shaking my hand as we meet in front of a large theater in downtown Berkeley. "But of course, she didn't wake up until three minutes before I had to leave, and all she got was a snack, so if I start leaking all over the place during the movie, we'll both just pretend we don't notice it. Deal?"

"Um. Deal," I reply, somehow maintaining my poker-faced professional composure while inwardly chanting to myself, "Yes! Yes! It appears that the rumors are true."

Indeed. Ayelet Waldman--her first name is pronounced I-yell-it--really is the refreshingly unembarrassable person she is reputed to be.

A former lawyer, former law professor (at Loyola Law School in L.A.), and former public defender, this power-packed redhead, this outspoken mother of three, is also the author of a popular mystery series.

Published by Berkeley Prime Crime, the Mommy Track books--Nursery Crimes, The Big Nap--are an entertaining series of whodunits. The third, A Play Date with Death, is due out next year. Each book revolves around Juliet Applebaum, a sleep-deprived stay-at-home mom and former public defender who solves crimes between naps and afternoon feedings.

Like Juliet, whose husband is a Hollywood screenwriter, Waldman is also wed to a man of letters. He's Pulitzer-winning author Michael Chabon (Wonder Boys, The Amazing Adventures of Kavalier and Clay), and he'll be looking after the kids this afternoon while his wife takes a much-deserved break to go see the law-school comedy Legally Blonde.

Starring Reese Witherspoon, the film is a charming little froth-fest about Elle, a bouncy, blonde, pink-obsessed sorority queen--even her job résumés are pink--who enrolls at Harvard Law School in hopes of impressing her snob-job of an ex-boyfriend.

Waldman liked the movie, although she admits that it took her a while to get used to seeing a pink-clad sorority girl in the role of the heroine.

"Growing up as the girl who would never, ever have been allowed into the sorority," Waldman confesses after the show, "I must admit that I have a slightly jaundiced view of that whole sorority world. College and law school were definitely the place where nerds like me were snubbed by girls like that."

"I wore a lot of black," she begins, spinning a list of law-school-nerd identity markers that include the tendency to take oneself very seriously and a fierce eschewing of superficial social events in lieu of political protests and picketing parties.

Furthermore, according to Waldman, she found herself adopting numerous political causes while at Harvard, the varying importance of each symbolized by whether or not she was shaving under her arms at that moment.

"You can gauge my whole political arc," she says, "by the length of my underarm hair."

As much as I enjoy talking about underarm hair, I decide to lob a hair question of another kind.

"Depends on the blonde," Waldman replies. When I ask if she knew many blondes at Harvard, she grins.

"I was a blonde in law school," she says with a smile. "A big old blonde. And while I did get more dates as a blonde, I can't say that people took me less seriously. I was too serious for that. And later, when I had a whole lot of blonde law students at Loyola--lots of them--people seemed to take them pretty seriously.

"Of course," Waldman adds, "none of them wore that much pink."

From the August 2-8, 2001 issue of the Northern California Bohemian.