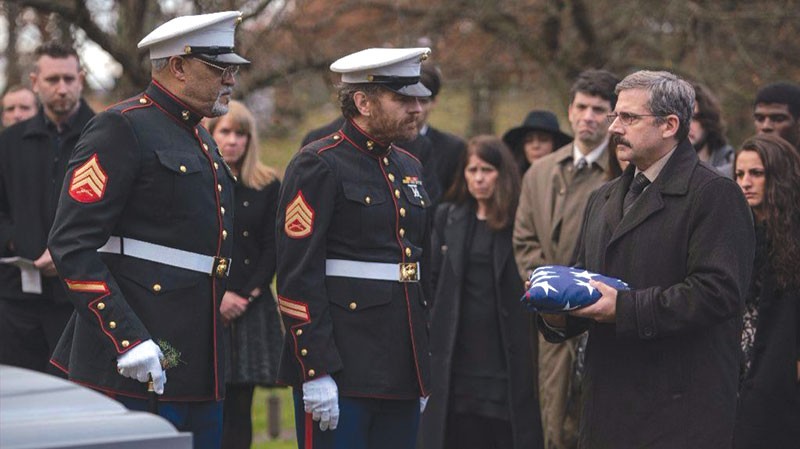 Darryl Ponicsan is keeping a low profile these days.

As film festivals and film critics and Oscar-watchers praise, dissect and prognosticate on the merits of Richard Linklater's Last Flag Flying—the new film based on Ponicsan's 2005 novel, itself a follow-up to his 1970 breakthrough novel The Last Detail—the Sonoma resident has remained steadfastly out of the spotlight. Should predictions prove accurate, however, come Academy Awards time next January, the reclusive novelist and screenwriter may have to put on a tux and attend the show as a nominee for Best Adapted Screenplay.

Ponicsan has spent much of the last decade writing mystery books under the pseudonym Anne Argula (Homicide My Own, Krapp's Last Cassette, The Other Romanian). When writing novels and screenplays under his own name, he has frequently leaned toward stories about the military (Cinderella Liberty, Taps, School Ties) and regular men facing self-defining challenges (Vision Quest). Those trends continue in Last Flag Flying.

The film features Bryan Cranston, Laurence Fishburne and Steve Carrell in an approximation of characters played under different names by Jack Nicholson, Otis Young, and Randy Quaid in Hal Ashby's 1973 adaptation of The Last Detail. These and other changes make the film a kind of "spiritual sequel" to The Last Detail, rather than a literal one.

The Stars-and-Stripes is practically a lead character in the film, as it was in Ponicsan's book. In its adaptation to the big screen, however, Ponicsan and co-screenwriter Linklater, have changed a number of key details. What remains is the story's unflinching examination of America's lagging claims at moral superiority over other nations. The time frame is the beginning of the post-911 Iraq invasion.

The plot follows Larry Meadows, played by Steve Carrell, as he reunites with the two men who once escorted him to military prison during the Vietnam War, asking them to accompany him to claim the body of his son, who's been killed in action. When Meadows abruptly changes his plans to have his son buried at Arlington, the film becomes another kind of road movie, with the folded American flag presented to the dead soldier's father a constant reminder of broken promises and unfulfilled dreams.

In a culture that has recently seen the president taking on NFL players in a war of words about how to best address our country's flag and national anthem, and the rancid disappointment so many are feeling at having to salute the emblem of a society that ignores, excludes and kills them, Ponicsan's Last Flag Flying may have been unfurled at exactly the right moment.