With $2.9 million behind Proposition 34, California may become the 19th state to abolish the death penalty 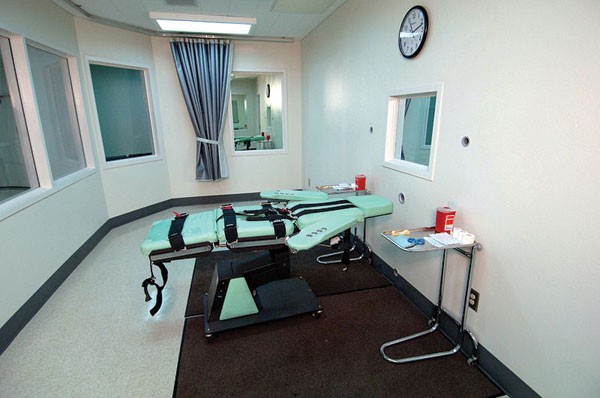 At San Quentin State Prison, 724 inmates are housed in the largest death row in the United States, waiting their turn on the lethal injection gurney. But if the Savings, Accountability and Full Enforcement for California Act (SAFE) passes on Nov. 6, their fate will change dramatically. On the ballot as Proposition 34, the initiative would abolish the death penalty in the state of California and replace it with life in prison with no chance of parole. If the proposition passes, California will become the 19th state to eliminate the death penalty.

Proposition 34's foundation is built on a 2011 study by Judge Arthur L. Alarcón and Loyola Law School professor Paula Mitchell; their findings revealed capital punishment to be cost-heavy with few benefits. According to the study, ever since a successful 1978 campaign to reinstate the death penalty, California has spent roughly $4 billion and carried out only 13 executions. This breaks down to $184 million a year spent on trials and investigations, death row housing, and both state and federal appeals. Most death row inmates wait more than 20 years to see their cases resolved.

High-profile members of the SAFE California Act coalition include Ron Briggs, the man who wrote the 1978 Briggs Initiative, which reinstated and toughened the death penalty. Thirty-four years later, the El Dorado County supervisor has changed his mind. In a February 2012 Los Angeles Times editorial, Briggs admitted, "The only people benefiting today are the lawyers who handle expensive appeals and the criminals who are able to keep their cases alive interminably."

Jeanne Woodford, executive director of Death Penalty Focus and a former San Quentin warden who oversaw four executions during her 1994–2004 term, is a major force behind Proposition 34. Woodford says she opposes the death penalty because it's expensive, depleting resources at a time when the money is desperately needed elsewhere.

"We have a system that is broken beyond belief," she says by phone, "one that continues to waste criminal-justice dollars at a time when people are laying off police officers and evidence is not being processed as it should."

Proposition 34 would allow for the establishment of a $100 million fund to help law enforcement agencies solve rape and homicide cases, says Woodford. Further, the proposition mandates that convicted killers work during their imprisonment, paying restitution into a victim's compensation fund.