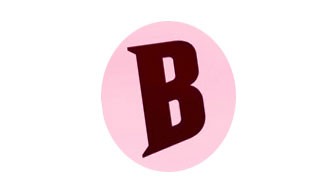 No Size Fits All

I agree with Jessica Dur Taylor ("Fear Factor", July 31) when she says that cognitive behavioral therapy can be an effective treatment for social anxiety. However, her article glosses over a significant problem with the type of CBT discussed in her article, and it perpetuates a myth about talk therapy.

Exposure therapy can be severely distressing—sometimes too distressing for a person to tolerate. For that and other reasons, studies have shown dropout rates averaging around 25 percent and as high as 50 percent or more. Someone may tolerate and respond better to another form of therapy, and it's the therapist's job to match the therapy to the individual. There's no such thing as one-size-fits-all.

Second, the article's depiction of talk therapy as "lie-on-the-couch-and-whine" therapy doesn't reflect the state of talk therapy today. Short-term psychodynamic therapy, for example, doesn't rehash the past; it focuses on helping a client recognize when they're repeating dysfunctional patterns they learned in the past so they can respond in new ways to what's happening in the here and now.

Finally, the writer defames talk therapists when she suggests that some therapists dislike CBT because they'd rather have long-term clients than provide the most effective treatment. Such unethical behavior could quickly lead to a therapist's license being revoked.

Disseminating knowledge about an effective therapy such as CBT is extremely helpful; perpetuating outdated stereotypes and making unwarranted accusations of unethical behavior by therapists who provide other, equally effective types of therapy is not.

Americans express horror at Germans for being silent during World War II and covering up atrocities. We are appalled at them when they say, "I was only following orders." We believe those orders were unconscionable and should not have been followed.

Since Bradley Manning released documents proving that the United States is committing war crimes, he has been pursued as a criminal. Now he has been convicted of charges that could lead to many years in prison. This is hypocrisy of a very ugly sort. Had a young German done the same in 1940, Americans would hail him as a hero. To prosecute Manning and put him in prison is a shameful and dangerous act. It sends a message to those who have access to important information that they are risking their careers and freedom if they break silence.

Bradley Manning is a real patriot and has done us a great service. He should be free.

There are two victims here, and one is clearly the woman who was being frightened by a crazed man ("Falling Star," July 17). At the same time, it is important to realize that demented behavior is just that—demented. In other words, Efren Carrillo was not his usual—his real—self.

Unlike a broken leg, mental illness is a fairly invisible malady. But it is not intentional. Nor is it strictly in the mind, but has a physiological basis.

Prescription drugs for mental illness are based on that very physiology. Therefore, everyone can grasp the concept that re-balancing one's biochemistry will result in improved health. No one is born with a need for Prozac, but everyone requires various nutrients that are scarce in our modern diet.

Carrillo can use willpower, prescriptions, talk therapy and group support, but those won't compensate for the lack of omega-3s (DHA, EPA), vitamin D, magnesium, iodine, and so many more, in his diet.

We are all victims of the food processing industry that "buys low and sells high," putting cheap but addictive replacements for real food into pretty boxes and knowingly using the gateway drug of sugar to hook us on these nonfoods. These food corporations are no better than drug lords.

Carrillo will recover faster if he adds super-nutrition to his treatment plan. In fact, anyone w-ould regain their real selves faster with good nutrition. The computer axiom GIGO is also true for people: "Garbage In, Garbage Out."