Napa songwriter takes the show on the road 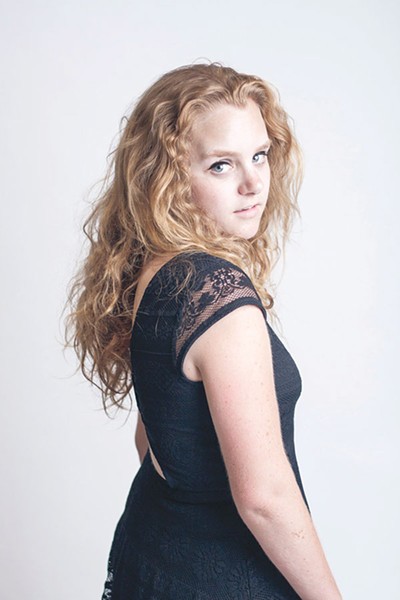 Born and raised in the city of Napa, singer-songwriter Shelby Lanterman perfectly encapsulates the town's musical ascension in the last 20 years.

"The music scene in Napa has definitely grown a lot," says Lanterman. "When I was a little kid, there were three or four local bands, and that was it. But now we have the BottleRock festival and the Porchfest that we do every year. That's helped the local scene, and it's brought out a lot of musicians."

Lanterman is one of Napa's, and the North Bay's, busiest performers today. This week, she unveils her debut solo record, Paper Thin, with a show at Rossi's 1906 in Sonoma.

Though she grew up with her dad's classic rock LPs, the 23-year-old Lanterman also considers herself a child of the '90s, and her sound captures an alternative folk somewhere between the wistfulness of Dar Williams and the grunge of Kathleen Hanna.

Playing guitar at 12 years old, Lanterman entered the Napa School of Music's Garage Band 101 program. "That got me interested in doing rock and roll, and that segued into writing my own music."

In 2014, Lanterman took up a six-month residency in Nashville, where she studied audio engineering at Dark Horse Institute and immersed herself in the music scene there. "It was awesome to be in that environment," she says. "Everyone you meet is a musician, and it's music first before anything."

Upon returning to Napa, Lanterman was approached by City Winery Napa to lead an emerging local artist concert series at the Napa Valley Opera House. With City Winery closing last year, Lanterman moved the series to the HopMonk Tavern in Novato this year, and is now looking to continue the show somewhere else in the North Bay.

Throughout all this, she's been refining and recording her songs at Purple Cat Recording Studios in American Canyon, working with engineer Rob DaSilva and a full band.

Paper Thin is an earnest album of folk rock. A self-professed bookworm, Lanterman crafted each song into a short story inspired by literary references that come alive with the backing band and overlaid harmonies.

This fall, Lanterman will take the album across the country on a massive tour, hitting the East Coast for the first time before headlining San Francisco's Great American Music Hall in December. First, she invites fellow Napa songwriters Zak Fennie and Kristen Van Dyke to help her celebrate the album's release this week.