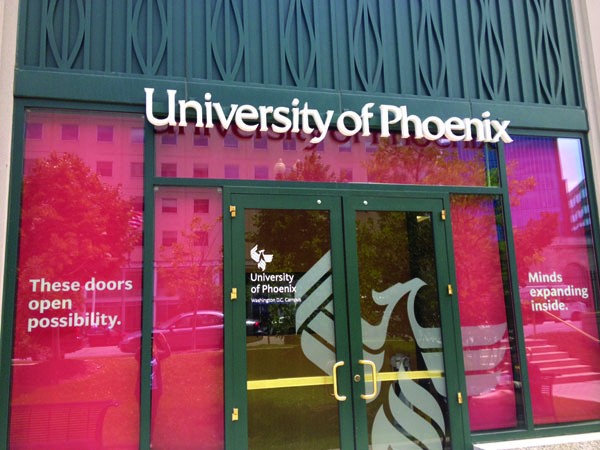 The nation's largest for-profit college is aggressively lobbying against a proposal in California that would disqualify it and other proprietary schools from a key state financial aid program.

It's the latest battle in a multi-year struggle over the standards that schools must meet in order to benefit from the generous Cal Grant program. On one side is the University of Phoenix and its parent company, the Apollo Group—a massive education company whose campaign contributions fill California political coffers and whose lobbyists have helped beat back two similar legislative threats in the state in the past 18 months.

On the other side are consumer advocates who say that for-profit colleges offer inferior educations while saddling vulnerable students with debt, and they've recently received support from Gov. Jerry Brown. Faced with a fiscal crisis that has already led to massive cuts in the state's higher education system, Brown wants to tighten rules that exclude schools with high student loan default rates from the program. The tougher standards would have the greatest impact on for-profit colleges, which have some of the highest default rates.

The stakes are high. Last year, University of Phoenix students got an estimated $20 million in Cal Grants, the most of any for-profit college in the state and, according to one analysis, more than the top 10 community colleges combined. The funding—which can cover tuition, fees, living expenses and books—is a vital part of the school's business model.

The University of Phoenix says it is unfairly targeted by the proposed changes. The school contends that its high default rates result not from the quality of the education it provides but from the fact that it serves a nontraditional—and financially riskier—student population of older, working adults.

"There's no question that our students take a bigger hit [from Brown's proposal] than any other college student in the state," says University of Phoenix spokesman Ryan Rauzon. "It's clear that policymakers are trying to attach meaning to a default rate as some sort of indicator on academic quality, failing—or refusing—to acknowledge that maybe it has more to do with the economy, the financial situations of certain types of students.

"These are adult students," Rauzon continues. "They've got complicated financial lives, not to mention they're juggling a lot. They've got kids, they've got car payments, they've got childcare payments and mortgages, some of them are working multiple jobs. They're going one night a week for four hours, one class at a time or they're taking classes online."

But critics say that rather than helping nontraditional students succeed, for-profit colleges often take advantage of them, providing an inadequate education that leaves them burdened with substantial debt.

Debbie Cochrane, a financial aid expert with the Institute for College Access and Success, supports the stricter institutional eligibility standards, which, she argues, will push underperforming schools to better serve both students and taxpayers.

"The combination of relatively weak state oversight and generous state grants is something that has made the state of California an attractive place for for-profit colleges to do business," says Cochrane. "If a student took out loans to go to college and then is unable to repay them, either the degree they earned wasn't a quality enough degree where they could get a good paying job or the school perhaps fell down on its responsibility to inform the student about what their repayment options are."

The purpose of stricter standards is not to "kick schools out," says Cochrane, but to "use the Cal Grant dollars to put an incentive in place for colleges to serve students better."