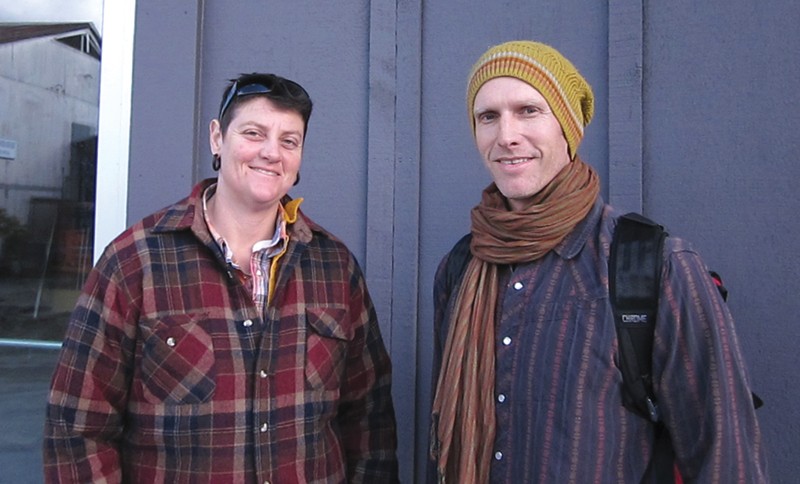 Sonoma County has a rich history of agricultural prosperity, and a resilient and thriving local food system might seem like a given. But the landscape that Luther Burbank once called the earth's "chosen spot" still has quite a way to go toward food security for all of its residents, both in access to healthy local food for low-income residents and larger scale protection against potentially devastating disruptions brought on by natural disasters.

Plenty of food is grown within Sonoma County, yielding a problem that's largely in distribution. Currently, much of the "local food" in area markets and restaurants is grown or made locally, shipped to distribution warehouses in the Central Valley and then shipped back.

The Healthy and Sustainable Food Action Plan, created by the Sonoma County Food System Alliance and the Department of Health Services, is designed to change that, but its larger goals are far-reaching—namely, to "build a food system that creates health and prosperity for both our people and our environment," via policy, institutional and individual changes.

Approved by the board of supervisors in October—with big support from outgoing supervisor Valerie Brown—the plan calls for Sonoma County to become the healthiest county in California by 2020. It also follows on the heels of State Sen. Noreen Evans' April 2012 announcement of the creation of a senate committee set up expressly for studying local, organic and sustainable food systems throughout California—systems which encompass a complex quilt of relationships that include farming, processing, distribution and consumption.

The Food Action plan is based on a model that's proved successful in Oregon's Multnomah County, where Portland is the county seat. The plan is divided into four areas: Agriculture and Natural Resources, Economic Vitality, Healthy Eating and Social Equity, and a Declaration of Support that local governments, businesses, organizations and individuals will be asked to sign.

It's a commitment that could make all the difference in terms of health and economics, says Jana Hill, Sonoma County Department of Health Services program planning analyst. "If you enhance the food system, if more food is produced locally, you can better have the capacity to adapt to short-term disaster or long-term climate change," says Hill. "The question is, how do we build a more resilient food system that will help us in the long-term?"

The intention wasn't to write an action plan that just sits on the shelf, Hill adds.

"We've done the initial work to get people together with the Food Forum in 2011 and now the action plan, but this stuff just takes a while with a big group," she says. "We'll start getting legs, but it takes a while to move the mountain."

A November 2011 study by the U.S. Department of Agriculture showed that the local-food industry in the United States generates around $4.8 billion a year, four times larger than previous counts. Glenda Humiston, California state director for rural development at the USDA, says that Sonoma County has always been on the cutting edge of the local-food trend. The Food Action Plan is a natural evolution, she says, and one that resonates.

"We are totally committed to it," says Humiston. "A large focus is on the value chain between farm and the fork—that's the missing link, that's what is creating our biggest challenge in enabling regional food systems."