Jeff Martin on apples, traffic and running the Muscle Shoals of Sonoma County 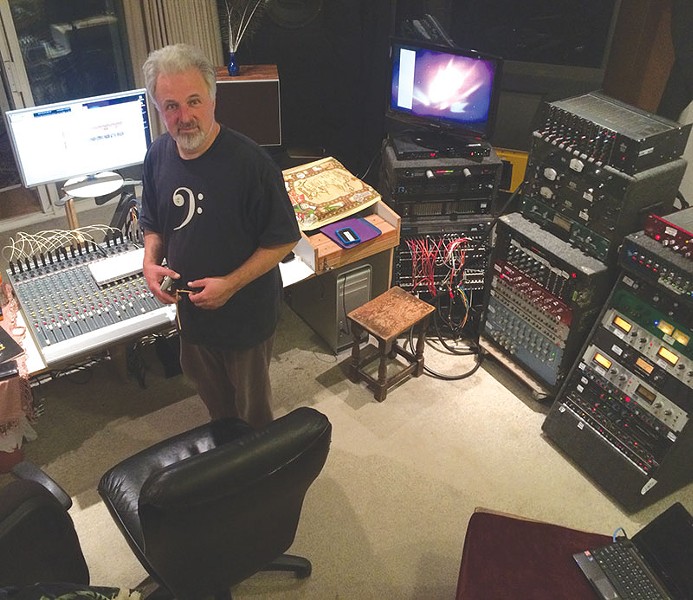 Describe your perfect day in Sebastopol.

I would say a walk downtown, visiting People's Music, Copperfield's Books and Milk & Honey on Main Street, and then a stroll over to the Barlow for Village Bakery's bread or food from Barrio, mingling with the locals. I like that there's a strong sense of community, people interested in progressive issues. There's a lot of politics going on, and you're able to connect to others and work on issues. There are a lot of progressive values about Sebastopol that I like.

Where is your favorite place to see live music in Sebastopol and why?

I've been very much enjoying Jim Corbett's (Mr. Music) Peacetown Concert series every Wednesday. It's amazing because of the variety of musicians they get there, both local and national acts. They're doing a very good job, and it's in Ives Park and the afternoons are really nice. There are a lot of local vendors, and it's again a great example of community.

Where do you take first-time visitors in Sebastopol?

That's a good question—probably the Sebastopol Plaza on Sunday for the farmers market. There is a lot of good stuff available—local arts and crafts, music—and excellent produce and local organic farmers that show up every Sunday. That's the place to be.

What do you know about Sebastopol that others don't?

For me, it's the fact that we still have the Gravenstein apple, even with all the vintners, because there's still a whole collection of people who are keeping the Gravenstein apple alive, grafting and trying to breed more of these heirloom trees. I've got about 20 Gravenstein apples on my property, and we open up the studio and give our apples away a few times a year.

The other special thing about Sebastopol is the number of talented musicians living within 20 miles. [Studio E] has been called the Muscle Shoals of Sonoma County by various artists because I've got this roster of session musicians I can call to come in per the artist's need.

If you could change one thing about Sebastopol, what would it be?

It would probably be impossible, but it would be incredible if the downtown Sebastopol Main Street and even the Barlow was foot traffic only. The traffic is the problem—I got hit by a car in the crosswalk right in front of Whole Foods because the guy was on his cell phone. It's a constant issue. If it was just foot traffic on Main Street and around the plaza, it would quiet everything down.