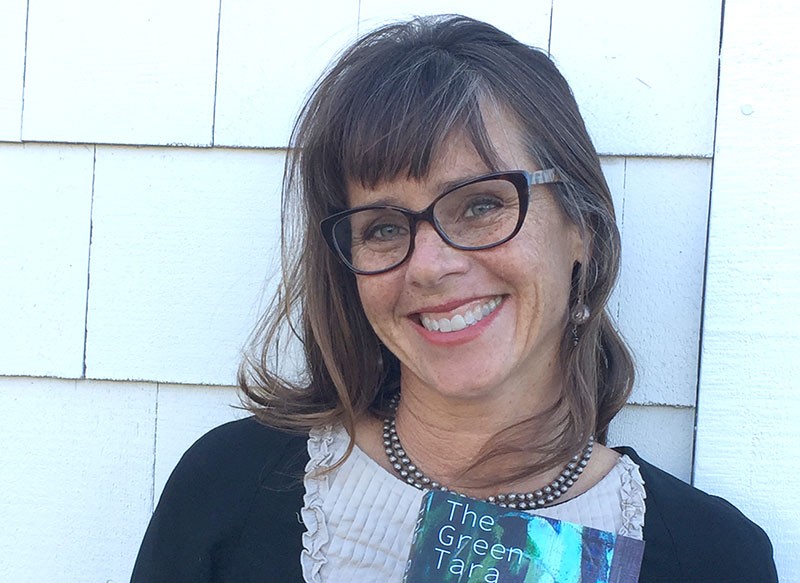 'Mid-May. Somewhere in a small, picturesque hamlet nestled snugly in the Northern California Wine Country, Rachel Fischer-Alvarez, forty-five, stands barefooted on the front stoop, soaking up rays of sunlight that filter through a half-dead mulberry.

"Having dropped the kids off, washed a sink full of dishes, made the beds, showered (barely), fed and walked the dog, wiped down the toilet seats, fed the much anticipated cat (missing three weeks now), disposed of the science projects in the refrigerator, and answered emails all by nine a.m., the rest of Rachel's day is an Odyssey."

So begins The Green Tara, the new mystery from Sonoma-based author and poet Lisa Summers. She unveils the book on Thursday, Dec. 21, at Bump Wine Cellars in Sonoma with a release party that will include a short treading from Summers and a performance of acoustic music from her daughter, Sarah.

The Green Tara signifies a new direction in Summers' writing career, which began with pieces for the Pacific Sun and science articles. Summers went back to college and earned a masters in English from Sonoma State University, and soon after co-founded the Sonoma Writers' Workshop, which hosts curated literary events, with friend Daedalus Howell.

"You have to remember, I'm raising four kids this whole time too," says Summers.

While she wrote a novel for her thesis at SSU, Summers primarily considers herself a poet, and she's released two collections; 2013's Star Thistle: And Other Poems and 2014's Ogygia.

The Green Tara "was an attempt to write something that could be commercially viable," Summers laughs. More than that, The Green Tara is also her attempt to expand on her poetic perspectives and fully realize a female character, whom she believes is often missing from modern literature.

"I think women don't recognize themselves in a lot of books," says Summers.

Wanting to communicate the everyday struggles of domestic life, Summers' characterization of Rachel in The Green Tara aims to de-stigmatize the role of the housewife and offer a portrayal of a woman living underpaid and under-recognized. And then Summers adds a bit of mystery.

"You have this smart, stay-at-home mom who's buried under this domestic life, and because she's so invisible, no one would ever assume she would be able to solve this mystery by herself," says Summers. "But it's the training of being a mom in a small town that clues her into all these little happenings."