Recreating one of theater's great moments 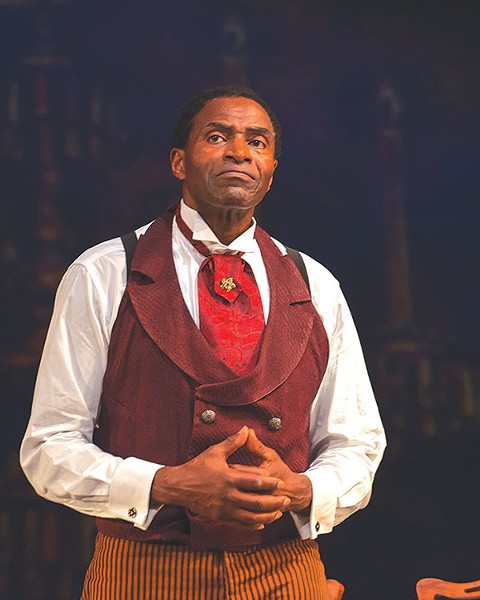 Slavery was still legal in England in 1833, when American actor Ira Aldridge became the first black man to appear on stage in London. Following the death of famed actor Edmund Kean, Aldridge was called upon to play the lead in Shakespeare's Othello, alongside white actors at Keane's Theater Royal, in Covent Garden.

With Abolition just three months from becoming law, the city was in a state of turmoil, hardly the best time to challenge centuries of tradition and deep-seated prejudice. Aldridge did go on to critical acclaim and popularity in France, Germany, Russia and Budapest, but his London debut was as steeped in drama, scandal, deceit and betrayal as Othello itself.

Playwright Lolita Chakrabarti has written a deftly entertaining examination of a little-known turning point in theater history, and the San Francisco Playhouse turns it into one of the best Bay Area productions of the year. Directed by Margo Hall with marvelous command of the script's complex blend of social comedy and raw drama, Red Velvet features a towering performance by Carl Lumbly as Aldridge, initially appearing in old age, then in flashback preparing to first take the London stage.

Chakrabarti's robust script does stretch believability in an effort to have fun with Aldridge's initial backstage arrival at Theater Royal. That quibble aside, Red Velvet stands as a thing of graceful beauty, earning its way, line by line, to its heartbreaking climax. Along the way, Chakrabarti gleefully crams in dozens of historical tidbits illustrating 19th-century acting styles, pre-Victorian restroom customs and the acrobatic language of polite English racism.

Supremely satisfying on many levels, this is a must-see historical drama. In eschewing simple conclusions or one-dimensional characterizations, Red Velvet delivers a 180-year-old story that, sadly, feels vividly and unnervingly contemporary.