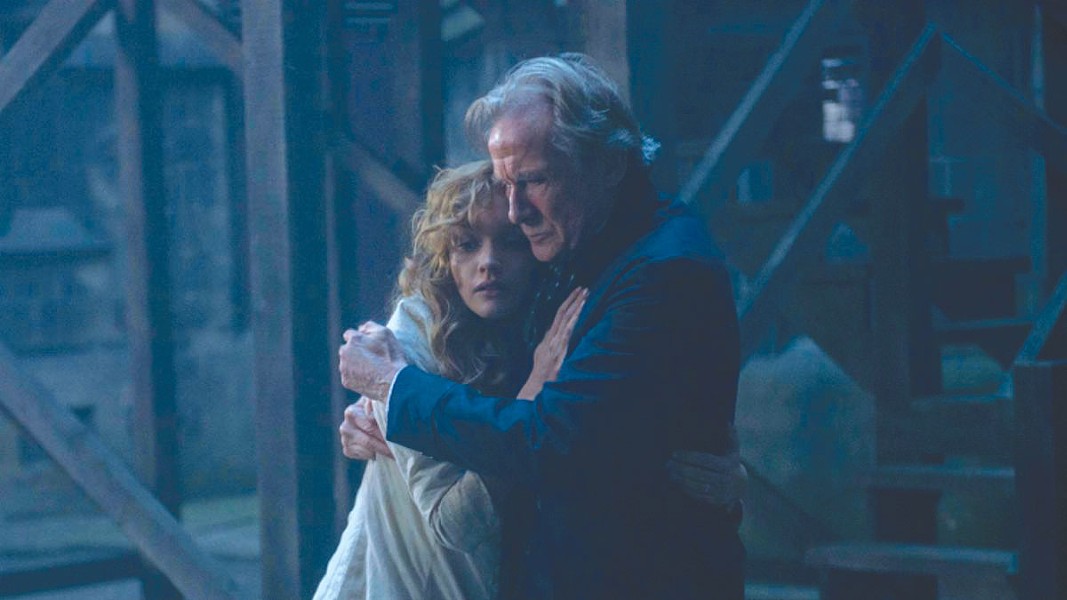 During a hunt for a murderer in 1880s London, the whiskery Marx is a suspect; one reenactment of the crime has him caped, glowering, talking straight to the camera in a slowed-down devil's voice, before wielding a straight razor. Loads of right-wingers consider Marx to be history's worst monster, but no one ever accused him of being a serial killer before.

The film is adapted from Peter Ackroyd's tricky and literate 1994 novel, Dan Leno and the Limehouse Golem. The book told its story from several viewpoints; this version, scripted by Jane Goldman, is more straightforward, with a Holmes and Watson–like team on the case: John Kildare (Bill Nighy), a disliked police inspector, and Flood, a fleshy London copper (Daniel Mays) who has been on the hell-on-earth Limehouse beat for some time.

The investigation is catalyzed by the testimony of former music-hall star Lizzie Cree (Olivia Cooke), who faces the gallows for the accused arsenic murder of her husband, John (Sam Reid). Kildare suspects John of being a serial killer in a ghastly crime wave that included a young prostitute and an old Jewish scholar.

Medina's eerie crimson and absinthe-green color scheme matches the painted backdrops of theater stages. In the context of a film about the stage copying life (and the other way around), it's fine that the backdrops aren't perfect illusions.

But the mystery's revelation is unsatisfactory, with withheld evidence and reverse angles we didn't get clues on first time around. The better actors here redeem the unlikely plot. Nighy's role, in outline, is Holmes-like. But his Kildare is less competent than Sherlock, so he's a tragic figure. Maybe he has a taste for this gaslight and madness material.

'The Limehouse Golem' is available on video on demand.