Will Oldham knows the key to keeping it indie 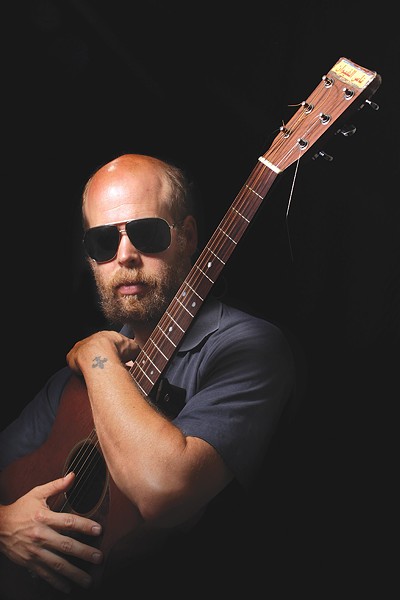 Will Oldham has stories to tell. At first, the singer-songwriter and occasional actor told these stories under the Palace moniker, forming several folk and rock bands in the early to mid-'90s with some variation on the name. Late in the decade, Oldham adopted his most prolific alias, Bonnie "Prince" Billy, and began releasing a mountain of music, both as a solo artist and in collaboration.

This week, his newly formed ensemble rolls through the North Bay for two dates. They play Gundlach Bundschu Winery in Sonoma on Sept. 27 and the Sweetwater in Mill Valley Sept. 28.

"If I had to sit down and write a step-by-step 'best way to make a record,' it would be a phone book," says Oldham from his home in Louisville, Ky. "And it's at odds with the way a lot of people do things."

For Oldham, keeping it authentic is the key to his work—and he does think of it as a job; his records are often written, recorded and distributed by him. "Most of the time, when someone offers you a lot of money, it's for something that you don't feel comfortable doing."

And while he is firm on his need to create music without financial influence, Oldham knows that's not the case for much of the industry. "Growing up and paying attention to the story of musicians and bands, a lot of what you take in as information was distorted or manufactured by a promotion or business machine," he says.

"So rather than have your idols torn down and becoming disillusioned, you want to push that out of the equation," Oldham continues. "And the way to not get disillusioned is to understand what it is you admire or respect or value in another human being, and understand it's going to come with a little red wagon of contradictions."

Oldham seeks out other musicians he admires for projects that have ranged from an Everly Brothers cover album with Oakland renaissance woman Dawn McCarthy, to a throwback acid-rock album with Glasgow indie band Trembling Bells.

"When there's somebody whose work I find incredibly compelling, I think I do what I can to put my being closer to their work," says Oldham. "Every once in a while, you find yourself in the same room with somebody whose work you feel this connection to and then you see where conversations go."