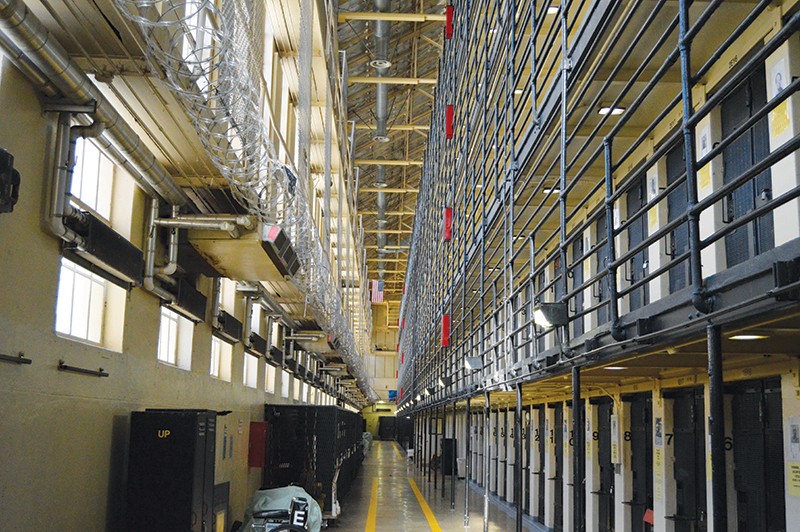 Fyodor Dostoevsky—who poured blood, sweat and tears into the pages of Crime and Punishment—would feel at home in John Beck's splendid, searing new documentary, Invisible Bars, which runs 56 minutes and packs a wallop every step of the way.

"The degree of civilization in a society can be judged by entering its prisons," the great Russian novelist Dostoevsky exclaimed. Jailed by Czar Nicolas I for reading "dangerous" literature, he was lined up before a firing squad and pardoned at the proverbial last minute. Dostoevsky only served six years in a Siberian prison, a grim yet redemptive experience that fueled Crime and Punishment.

Beck's Invisible Bars, which he worked on intermittently for five years, suggests that a society ought to be judged not only by what goes on inside prisons, but also by what happens on the outside to kids who suffer the loss of an incarcerated parent. As Invisible Bars argues, those kids grow up with the stigma of a mom or a dad locked up in places like San Quentin.

Those figures come near the start of Beck's movie, along with the trenchant comment that America is the most "incarcerated country in the world." More men and women are in prison here than in Putin's Russia.

Invisible Bars doesn't analyze why this country has the world's most highly developed "prison-industrial complex." That's the responsibility of students of criminal justice. Beck set out to raise awareness about mass incarceration and what he does exceeding well is put inmates and their children in front of the camera and provide a space for them to talk about the pain, the suffering, the shame—and the enduring love that isn't snuffed out by prisons bars. Beck showcases two San Francisco public defenders, Jeff Adachi, who died in February, and Chesa Boudin. At the start of Invisible Bars, Adachi explains, "When it comes to children, the California criminal justice system is cold-hearted."

Boudin takes over from there. The child of parents who belonged to the Weather Underground, he was raised by Bernardine Dohrn and Bill Ayers after his biological mother and father, Kathy Boudin and David Gilbert, were jailed following a botched robbery of a Brinks vehicle in 1981. Three men died; two of them police officers.

Gilbert is still in prison. Kathy Boudin was released after 22 years behind bars. Looking back at his traumatic childhood, Chesa says he blamed himself for the incarceration of his parents. Now he's running for San Francisco District Attorney to, he says, inject justice into the criminal justice system.

Invisible Bars shows how punishing prisons can be on kids like Chesa, but it doesn't punish viewers. Rather, it uplifts and inspires by showing families as they break down barriers, tell stories and focus their hurt and anger.

Because of kid protesters, Marin County now boasts a Children of Incarcerated Parents Bill of Rights.

Filmmaker Beck walked away from his job at Santa Rosa's Press Democrat in 2009, after 12 years as a staff writer. Since then, he's made documentaries, including one about ugly-dog contests and another about a Trappist monastery near Chico. Filming Invisible Bars took him to places he had never been before.

Surprisingly, San Quentin wasn't the prison where Beck heard what he calls the most "honest heartfelt stories." That was Solano State Prison in Vacaville, where he witnessed the workings of the Long Term Offender Program—which aims to rehabilitate and not punish, a rare thing these days.

"When I went to Solano, I never felt unsafe," Beck says. "Rather, I knew I was getting a rare opportunity to go behind the curtain and hear real dialogue."

Last year, Beck joined Fred Stillman's seven children when they traveled by van from Santa Rosa to Solano—a 90-minute drive—to meet and greet their father, who was released after serving 23 years. Stillman, now 60, and his daughter, Jessica, 32, saw Invisible Bars behind bars at Solano, where Beck arranged for the film to have its world premiere.

"That was heavy, watching the film on the inside with my dad and other prisoners," Jessica says.

On a rainy Saturday morning, Stillman—who lives in San Francisco in transitional housing—visited Jessica in Santa Rosa, where she works at the Rape, Crisis Trauma and Healing Center. She's trying to persuade Sonoma County to adopt a Children of Incarcerated Parents Bill of Rights, similar to Marin's.

Stillman explains that, over the course of more than two decades, prison authorities moved him from Pelican Bay, where he was in solitary, to Susanville and then to New Folsom, followed by a string of penal institutions in Salinas Valley, Jamestown and Soledad, which was, he says, "a picnic compared to the other places." It wasn't until he was housed at Soledad that he was allowed to touch his children and they were allowed to touch him.

"For a long time, I was a monster in prison," Stillman says. "Then I learned to accept responsibility for my own actions." He figures it cost the state of California $1.15 million to warehouse him for 23 years. He was convicted of murder in 1995. As he points out, the prison-industrial-complex is big business. "I almost gave up on myself," Stillman says. "But my kids never abandoned me, and once I joined the Long Term Offenders Program at Solano, I knew I had a chance to get out."

One of Stillman's biggest challenges was juggling gang membership. To survive, he says he had to join a gang while, at the same time, denying gang affiliation when authorities accused him of membership in one. To guards, who insisted he belonged to a white gang, he replied, "That's not possible. My mother was Mexican and no white gang would want a Mexican."

On Aug. 6, 2018, the day of his release, Stillman walked around Fisherman's Wharf, admired the Golden Gate Bridge and enjoyed the view of the bay from Sausalito.

Despite its heavy topic, Invisible Bars has an upbeat soundtrack that includes music by the rap group E-Dub and the Grateful Dead, who performed at San Quentin in 1968, shortly before Johnny Cash sang there.

"Invisible Bars was about as DIY as you can get," Beck says. "The only way I could make the film was to wear a lot of different hats as cinematographer, editor and sound recorder, as well as writer, producer and director. They all add up to storyteller."

In the last scene, Stillman faces the camera and says he would still be in prison "if it wasn't for my kids."

"It took decades," Beck says, "but the Stillmans got past the stigma, the shame and the guilt, and rebuilt their family."