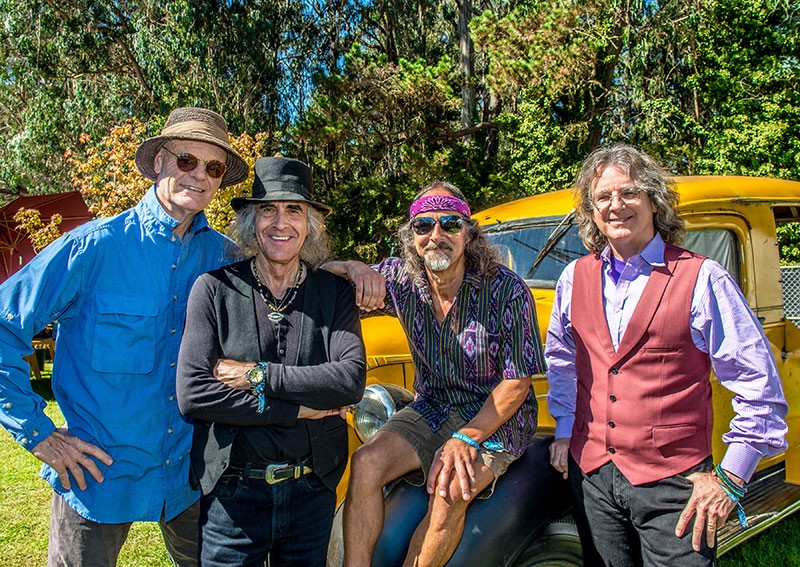 'In the beginning, there was a big bang and things started to develop rapidly after that," says Moonalice guitarist and vocalist Roger McNamee.

Moonalice formed in San Francisco in 2007 with guidance from producer T Bone Burnett, part of Burnett's series of new bands playing in classic Americana styles. The other projects included the duo of Alison Krauss and Robert Plant.

"We had an amazing experience making a record with T Bone and having a band because of him," McNamee says.

McNamee sums up Moonalice as "San Francisco psychedelic"— original songs written in a classic-rock style. "We're effectively a tribute to a vibe rather than a specific band or kind of music," he says. "We were striving for this vibe of a time long gone."

Inspired by T Bone's advice to build a legend around the band, Moonalice created a backstory that the members were a tribe of "ne'er-do-well men and really smart women" (McNamee's wife Ann was an original member), which they built up through concert posters drawn by renowned local artists and offered at every show they play.

Offstage, the band is anything but stuck in a bygone era, and was one of the first in the region to take up social media platforms like Facebook and Twitter to connect with fans. Their 2009 hit single, "It's 4:20 Somewhere," was downloaded more than 4.6 million times from their website, a first for any band without a label.

Moonalice also broadcast every show live in HD and make them available to watch on their website. "This kind of homegrown thing is very San Francisco psychedelic, but updated to the 21st century," McNamee says.

Next month, Moonalice release their first full-length album since 2009,

High 5, built around a thematic idea of "the tribe as a community in hard times."

"This is a time when music can be very helpful; it can be a way to express sentiments that are hard to bring up in conversation," McNamee says.

"The part I'm most proud of is that we really do have a tribe," he adds. "We've found a beautiful home and people who make the whole experience really special."