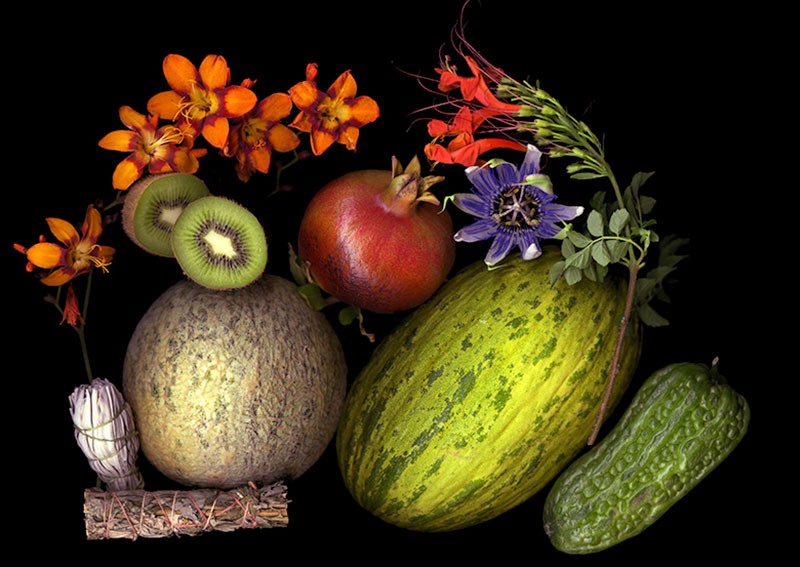 Walk into the industrial space of Fulton Crossing on a weekend, and you might be greeted by a vibrant young woman in a pencil skirt and high heels.

This atypical sight for a rural crossroad—a fruit stand and a taco truck make for the building's neighbors—is Sierra Aizer-Keck, the gallery PR and event coordinator. The two phenomena—Aizer-Keck's style and the fact a Santa Rosa art space has a PR representative—speak for the fact the Fulton Crossing team means business—however you choose to define it.

About a year ago, businessman Rami Batarseh made headlines by purchasing the empty facility on River and Fulton roads, a former chicken slaughterhouse. A brewery, a pottery station and other various possibilities were voiced, but the community response tipped the scale.

"As we were working on the building, local artists kept showing up and asking what the plan was," says Batarseh.

He turned to Vicky Kumpfer, a local art curator, and asked her to fill the space with artwork. "In three weeks, there were more than 350 works of art hanging. I just told them come one, come all, and they came," she says.

The fate of the building was determined—Batarseh decided to rent out some studios and keep the rest of the space to display the tenants' work. Kumpfer sought out additional Sonoma County artists and the first group exhibition was born. After the extensive winter exhibition, called Evolution/Revolution, up went the new sign christening the compound as Fulton Crossing. The exhibition Human/Nature launched in August and concluded a couple of weeks ago, paving the way for new creative events. Additionally, the compound already hosts an antique store, a piano tuner, and a handpan builder, with a coffee shop on the way. The art focus however, remains strong—the space is only open on Saturdays and Sundays and there's not much other retail.

They wonder whether to bring in not only tourists and art lovers, but artists from outside the wine-and-dine "bubble" the three describe. While Batarseh is focusing on potential buyers from San Francisco, Aizer-Keck, who came back to Sonoma County after a year of travelling through Mexico and working in a small galley in Oaxaca, stresses the importance of growing "artistic energy" in the area.

"Something needs to happen to re-inspire the younger generation and rejuvenate the older generation here, as it is a bit stagnant—landscapes and grapes."

"The artist industry here is artists feeding on artists, we're not getting fresh blood," says Batarseh.

In fact, the only thing all three agree on is the profile of a typical local artist—a white woman in her late 50s painting her way through retirement, her work lacking the buzzwords of the modern art world—edgy, controversial, radical.

"We're not a high-end gallery and we do put a call out for the artists," says Kumpfer. A transplant from Utah, she believes that a "certain poison in your life, something to work against, something suppressed" is important in order to create great art. "Here, it's so beautiful and relaxed, there's nothing much to pontificate on," she laughs.

While the team respects this, there's a shy intention to dig deeper.

"It's a very urban space in a very suburban Sonoma County," says Aizer-Keck. "I'm really inspired by involving a young crowd and creating a larger dialogue with the art community."

The next exhibition featuring young local artist will open in two months. It will be accompanied by events aimed at local 20-somethings who find the downtown Santa Rosa night scene too young and straightforward. Spoken word events, a blind tour, and engaging with storytelling in relation to art are attractive possibilities.

In the meantime, Batarseh strives for a solid artist-buyer relationship. Aizer-Keck craves a curiosity boost for artists as well as the younger art lovers in the area. Kumpfer lovingly mentions the three's diverse backgrounds and believes Fulton Crossing is growing organically, while responding to the community. It seems like 'Crossing' isn't just about the unique location, but also very much about the crossroad of innovative ideas and enterprising intentions.