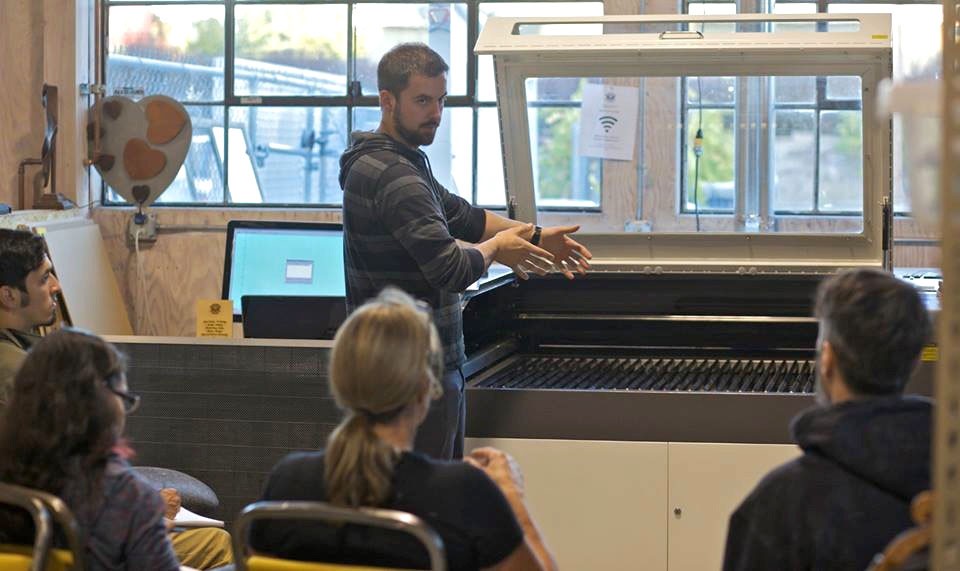 Everyone has the power to be a maker. That's the philosophy of Dana Woodman, founder and executive director of Chimera. Located in Sebastopol, Chimera is the North Bay's first and only nonprofit community arts and maker space, offering a wide range of tools and support for artists and builders of every kind.

Whether it's welding, woodwork, 3D printing, jewelry crafting or robotics, anyone with a passion for creating can join the community at Chimera. Monthly classes and workshops are also open to the public.

Chimera began as a concept five years ago, when Woodman, a software developer and artist, was working out of his rental space in Santa Rosa and feeling frustrated by limited space. "I started talking to friends about an idea of a shared shop," he says. He posted that idea on social media and formed a Facebook group. Within hours, dozens of people joined. Within a week, that number reached over 800 people.

"I was blown away by how much interest and excitement there was for something like this," says Woodman.

That interest compelled Woodman to form Chimera as a nonprofit group and set about finding a space, which he found in downtown Sebastopol near the old Ford building across from Community Market and the Barlow. Originally, the space was just 700 square feet, but in March Chimera expanded into the Ford building itself, and now boasts a 3,000-square-foot facility.

"We're basically like a gym," Woodman says. "Except instead of workout equipment, you get access to maker tools."

While he says 3D printers and laser cutters are sexy, he notes that the heart of the nonprofit is the community. "There is so much creative energy around here," he says. "Tools and training and classes are all secondary to the idea that we want to connect people together—that is where the most exciting stuff comes from."

Chimera is also a part of the national maker community. Last month, Chimera was invited to the White House by the office of science and technology policy. Chimera joined 180 of the approximately 500 other makerspaces from across the country for an all-day event focused on the maker movement.

Woodman says there is an effort underway to form a national makerspace association. He's been selected as one of an eight-person interim leadership board to make that effort a reality. President Obama is expected to announce the organization a month from now, Woodman says.

"Makerspaces are the new hub for [innovation]," says Woodman. "It's a paradigm shift in society where anybody can be a maker, anybody can start a business, anybody can create the new invention that changes the world."