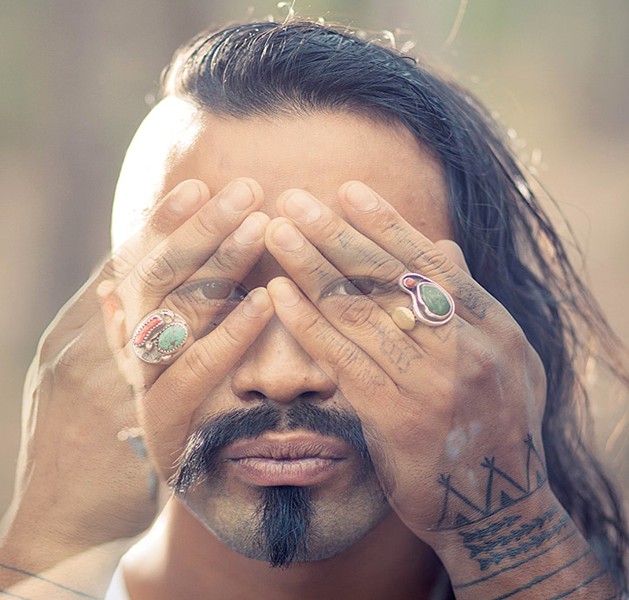 "When you are doing something that is not about you," says Joey Damico, "it shifts the paradigm."

One afternoon last year, the new board members of Little Tribe Children's Foundation heard the lyrics to Nahko Bear's song "Manifesto." The message went straight to their hearts, and they sought out Nahko and his band, Medicine for the People, to headline the nonprofit's first benefit concert in support of arts and music therapy for kids.

Oregon's Nahko Bear is a folk revivalist who, along with his tribe of spirited troubadours, makes community-healing music. Nahko's weighty vocals drift in and out of ballads about cultural cohesion, environmental consciousness and social transcendence. The message is heavy, but the rhythms are energizing. It's a combination that resonates with the vision of the Little Tribe organization.

The budding nonprofit is based in Sebastopol. Founder Joey Damico is an Oakland native and Rhode Island–raised West Countian whose corporate technology career propelled him to the top—until his personal life suddenly came crashing down. Damico found himself searching for something to heal a broken spirit: "I started thinking about my kids and my gratitude for how healthy they were. There are a lot of people who are not blessed with healthy children."

Bay Area children's hospitals offer lots of creative arts therapy programs, and doctors believe they have a tremendous impact on healing, even for terminally ill kids. Generally, however, they're sparsely funded and lack the resources to expand. That's where Little Tribe comes in, donating 90 percent of funds raised at major events to like-minded institutions. It's an ambitious goal, and "it's not easy to do but it's our mantra," assures Damico. "We are an all-volunteer army and our core principle is to run lean and mean."

Damico is in good company with the foundation, enlisting successful local artists to head up the board of directors. "In any business relationship, you want to surround yourself with talented and inspired people," he says. "But more importantly they need a skill set that augments your own." Graphic designer Zack Darling, photographer Jade Turgel and hip-hop artist Tevya "Wisdom" Jones each lend a creative dose of professional artistry to attract community enthusiasm.

Also performing on Friday is Wisdom, whose third studio album, Full Spectrum, was released in March. Wisdom's new bout of lyricism is rooted in conscious hip-hop, enriched with world rhythms and classic dancehall beats. Featured in the seminal film The Indigo Evolution, Jones believes children must develop themselves spiritual and musically. "If I could just reach one person and help uplift their life," says Jones, "I mean, how many artists have done that for me? That's what inspires and drives me in my music."

Music Nahko Bear Nahko and Medicine for the People Wisdom